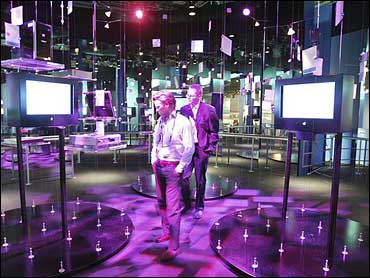 Twelve hours after showing up at his new job, Vernon Maxwell began paying big dividends for the Charlotte Hornets.

"I'm just trying to make the most of things and get a fresh start," Maxwell said after he hit the go-ahead basket with 55 seconds left to send the Hornets to a 93-89 victory over the Boston Celtics on Tuesday night.

Maxwell, brought in after Charlotte lost three shooting guards to injuries, scored five of the Hornets' last seven points to help them to their fifth victory in six games.

The performance capped a busy 30-hour period for Maxwell that began when the telephone rang late Monday afternoon at his home in Gainesville, Fla. The Hornets wanted to offer Maxwell a 10-day contract, so he caught an evening flight to Charlotte, arrived just before midnight and met his new teammates late Tuesday morning.

Maxwell scored 15 points on 5-for-12 shooting in 27 minutes. He added five rebounds and three assists in his debut for his fifth team in his nine-year NBA career.

"I've been in all kinds of situations, so there was no reason for me to be nervous," he said. "I'm just trying to go out, play hard, be aggressive and make plays."

Charlotte coach Dave Cowens chuckled when asked what he said to Maxwell when he sent him back into the game with 64 seconds left to replace rookie Travis Williams.

"I told him, "Go in for Travis," Cowens said. "He probably thought it meant, "Hit the winning shot."'

Matt Geiger had 24 points, David Wesley added 15 and Anthony Mason had nine points, 11 rebounds and nine assists for the Hornets. Glen Rice had 14 points, but just two in the fourth quarter.

Antoine Walker had 23 points, 16 rebounds and five assists for Boston, which forced 23 turnovers and converted them into 25 points.

"We got beat by a very difficult shot by a guy they just picked up today," Boston coach Rick Pitino said. "It was a tough break, but that's going to happen."

The Celtics fell to 4-17 on the road and were without second-leading scorer Ron Mercer, who did not make the trip because of a stomach virus. Mercer, who had averaged 23 points in two games against Charlotte this season, was replaced in the lineup by Dee Brown, who had 20 points.

"Vernon's off-balance 3-pointer was huge," Brown said. "Of course there were other things besides his shot, but that was big."

Walker tied it at 86 on a free throw with 1:19 left before Maxwell hit a 25-footer from the top of the key as the shot clock expired.

"I was really just a decoy," Maxwell said. "But Matt dribbled toward me and gave me the ball, and I looked up and there was only five seconds left on the shot clock, so I said, `I better do something quick.' I just crossed over, raised up and let it go."

Walker missed a 3-pointer and Charlotte got the rebound, leading to a pair of free throws by Rice that put the Hornets up by five, matching their biggest lead of the game.

Brow hit a 3-pointer with 21 seconds left before Maxwell closed the scoring on a fast-break layup at the 11-second mark.

Notes: The Celtics have lost 16 of 20 against the Hornets. ... Charlotte improved to 24-1 when tied or leading after three quarters. ... Mason's streak of six consecutive double-doubles ended.

Written by Joe Macenka AP Sports Writer
©1998 The Associated Press. All Rights Reserved. This material may not be published, broadcast, rewritten, or redistributed