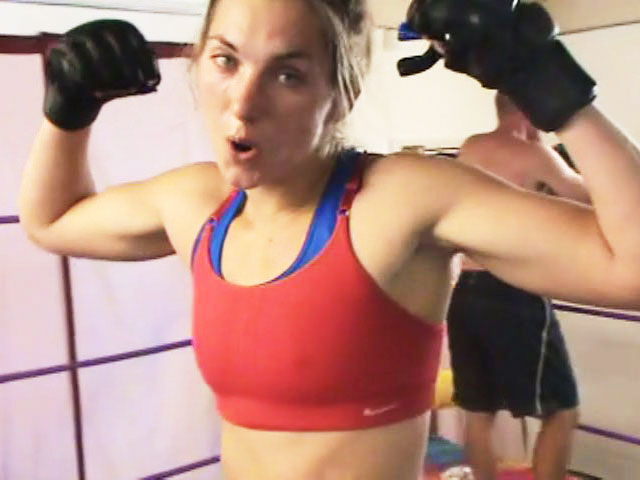 (CBS/WTSP/AP) ST. PETERSBURG, Fla. - "They strapped me up like this in ropes," says David Brezger, raising his hands over his head. "Put me up in a tree and whipped me with a whip...they kicked the crap out of me."

That's how Brezger describes his "beatdown." He is among an unknown number of homeless people in St. Petersburg, Fla. who say they were recruited for videotaped beatings by attractive women for the website Shefights.net.

Homeless advocate G.W. Rolle told CBS affiliate WTSP he discovered what was going on after repeatedly seeing homeless men in Williams Park with injuries. "Broken ribs, fractured skulls...I think that's wrong and I think someone's going to die if they don't stop this," says Rolle, who took photographs of some of the injuries.

Two homeless men, George Grayson and Kyle Shaw, with the help of Southern Legal Counsel, are now suing Jeffrey Williams and others associated with Shefights.net. They're seeking damages for emotional distress and money for medical bills. Lawyers for the two homeless men said the website sells videos starting at $2.99 for a two-minute "sparring session" clip and increasing in price to $33.99 for a 33 minute clip of two women beating a man.

The lawsuit, which was filed April 1 in a Florida court, contends the beatings violate a state hate crimes law that specifically protects the homeless and that the producers are exploiting the poverty of transients for whom any cash is hard to come by. "What type of society would allow this to happen?" said Neil Chonin, the lawyer for the homeless men. "This company preyed on people who are desperate."

Chonin and area homeless advocates said there are many more men who were assaulted in exchange for cash and that some were injured so badly that they were hospitalized. According to CBS affiliate WTSP, a judge recently ordered the website manager, Jeffrey S. Williams, not to take down the website or erase the videos in question so the evidence could be preserved for trial. Williams said via e-mail Tuesday that his accusers are trying to pressure him through public attacks. "My side will come out in court," he wrote in the brief statement.