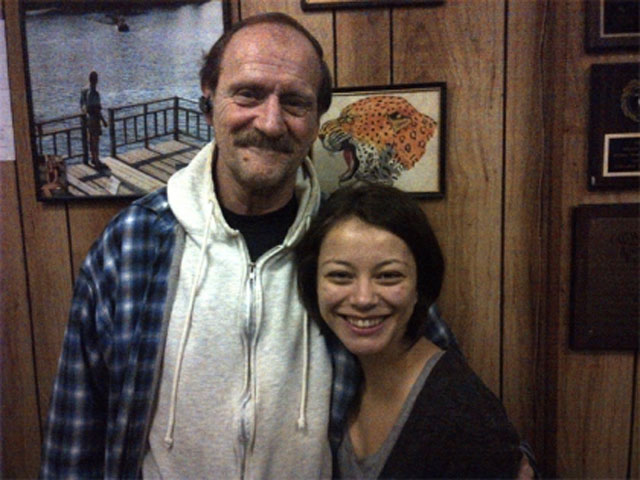 Samantha Garvey is one of 61 students who have a chance at the competition's top prize of $100,000.

She's been receiving widespread media attention for her achievement after it was reported that she, her parents, and her three siblings moved into a homeless shelter on Jan. 1.

"This motivates me to do better," Garvey told CBS radio station WCBS-AM Thursday. "I do well, and I pursue my passion because it's what I have, and it's a way out, you know, and it'll lead to better things."

Suffolk County Executive Steve Bellone announced that the Garvey's will receive a new home. The Marriott donated furniture for the house.

The family will be able to move in 10 days.

"This is just the most amazing thing you could ask for, we're all in tears here, we could barely compose ourselves enough to speak," Garvey said at the conference according to CBS station WCBS in New York.

There's also good news for the Garvey's family pets. Their new home is pet friendly, so their cat and turtles who are currently can move in as well. An anonymous person also donated money towards kenneling and vaccinating Garvey's pitbull, who she feared was going to be euthanized.

Garvey's two-and-a-half year Intel project focused on predators' effects on ribbed mussels. She is one of 300 semifinalists who are vying for the $100,000 prize. Finalists will be announced later this month.

Regardless if she wins, the teenager, who plays violin and has a 3.9 grade point average, hopes to become a marine biologist after attending Brown or Yale, according to WCBS.