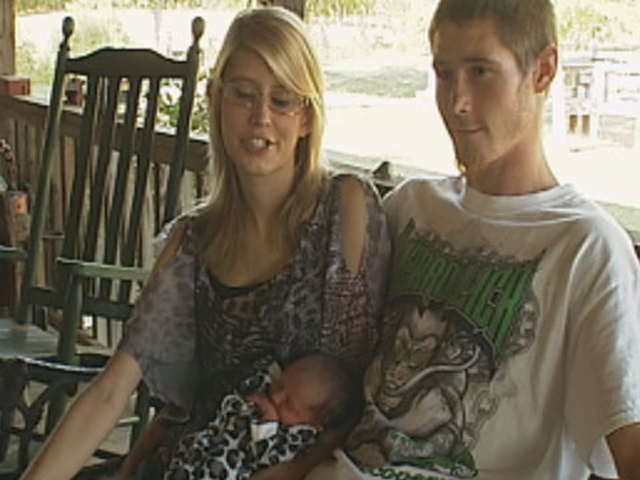 Pregnant Keaton Mason was driving with her fiancée to the hospital when the baby decided it was time to enter the world, CBS affiliate KWTV Oklahoma City reported.

However, it became a matter of life and death when the girl, born in the passenger seat of the couple's Honda after it pulled into a truck stop, had the umbilical cord wrapped around her neck.

"The lady was screaming, 'My baby, my baby's blue ... she's not breathing,'" recalled Jennifer Morris.

The girl's panicked parents called 911. But a homeless man named Gary Wilson stepped in to help. He saved the baby's life by freeing her neck, tying the umbilical cord, and rubbing her back. Even during the 911 call with the dispatcher, Wilson showed calm.

"He did everything perfectly right," Sandra Lesperance, a paramedic said.

Waneva Morris, a worker at the truck stop, said Wilson looked liked Jesus. "He had the long hair, the long beard. [He was] a very nice gentleman."

Mason's baby, Tatum Brown, was born at 4 pounds, 11 ounces; doctors say she is doing fine. As for Wilson, KWTV reported he was already gone the following morning. Truck stop employees offered him a meal and a place to sleep.

"He was our angel that night, that's for sure," said Mason.