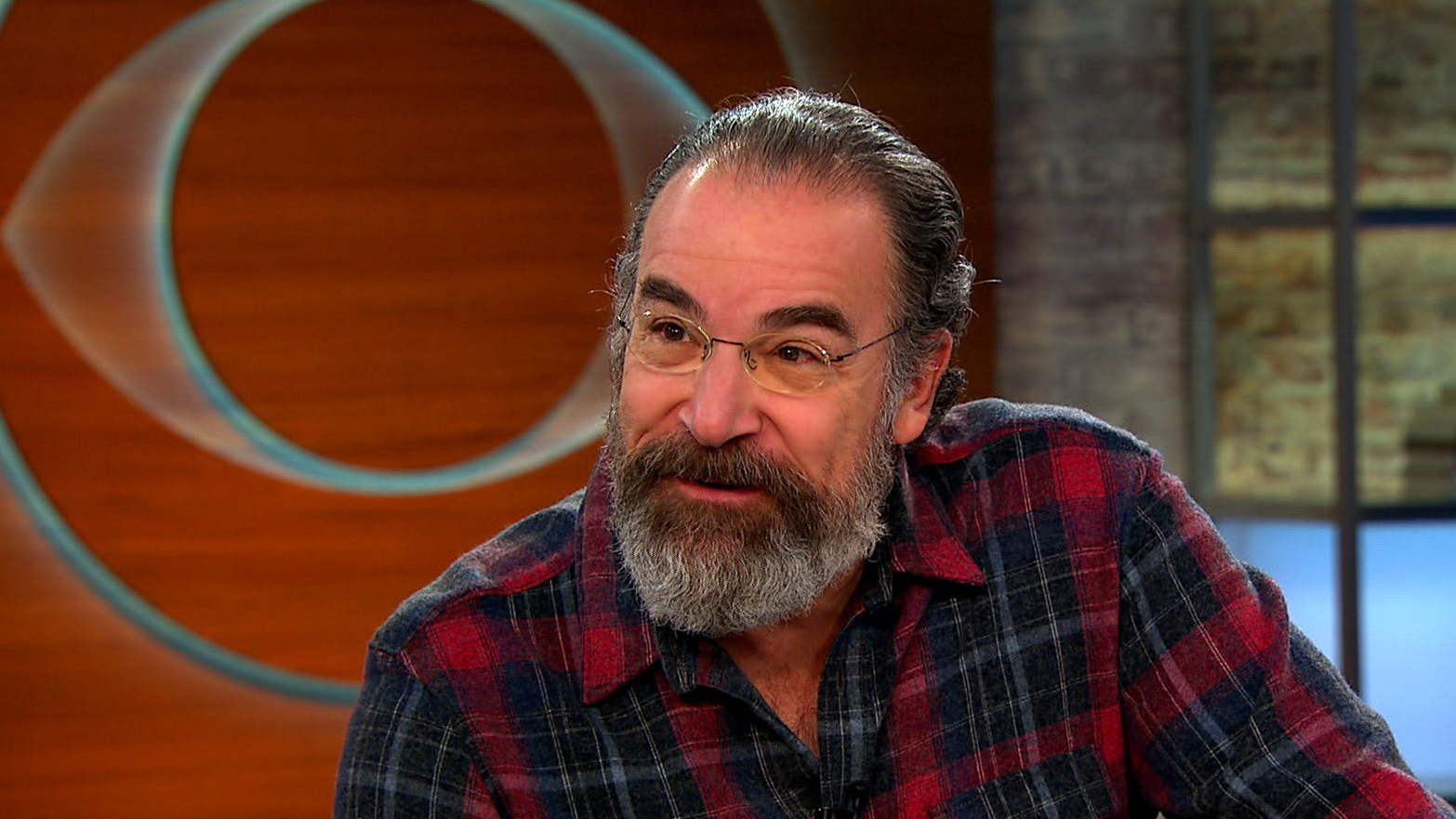 (CBS News) "Homeland" star Mandy Patinkin, who plays Saul Berenson on the hit Showtime series, said he broke down in tears when he read of the now-famous twist in the fourth episode of this season.

Patinkin, who said he doesn't want to know what's happening from the writers ahead of time, said on "CBS This Morning," "(The writers) blow me away. When I read what happened in the fourth episode which was aired this past Sunday, I'm a very emotional person...I couldn't get over the creativity of the writing team. I mean, I read that...I couldn't believe what they'd done."

Patinkin did not reveal any plot details for those still watching the show. He said, "There are people I know that like to watch it, you know, in different ways."

However, he did reveal that he was initially drawn to the "Homeland" script because of the father-daughter relationship between Claire Danes' character Carrie and his. He added, "I felt a great deal for someone struggling with bipolar issues in the midst of trying to maneuver the world toward peace, if possible... and the writers, their '24,' sit-on-the-edge-of-your-seat business. But it really grew as it went along.

"I could see immediately the potential for it, but as I became more involved with it, the nerve it touched for me was the lost art of listening that I feel we suffer from everywhere in our country and our Congress, the world at large," Patinkin said. "I think it asks us on a family level -- both the family of Saul, the Brody family, Saul and Carrie, the FBI, the people of the United States of America, the people of the world -- to try to learn to listen to each other again."

For more with Patinkin -- including how he met the real man behind his character -- be sure to watch his full interview above.

Kenny Rogers: Why Dolly Parton and I didn't have sex