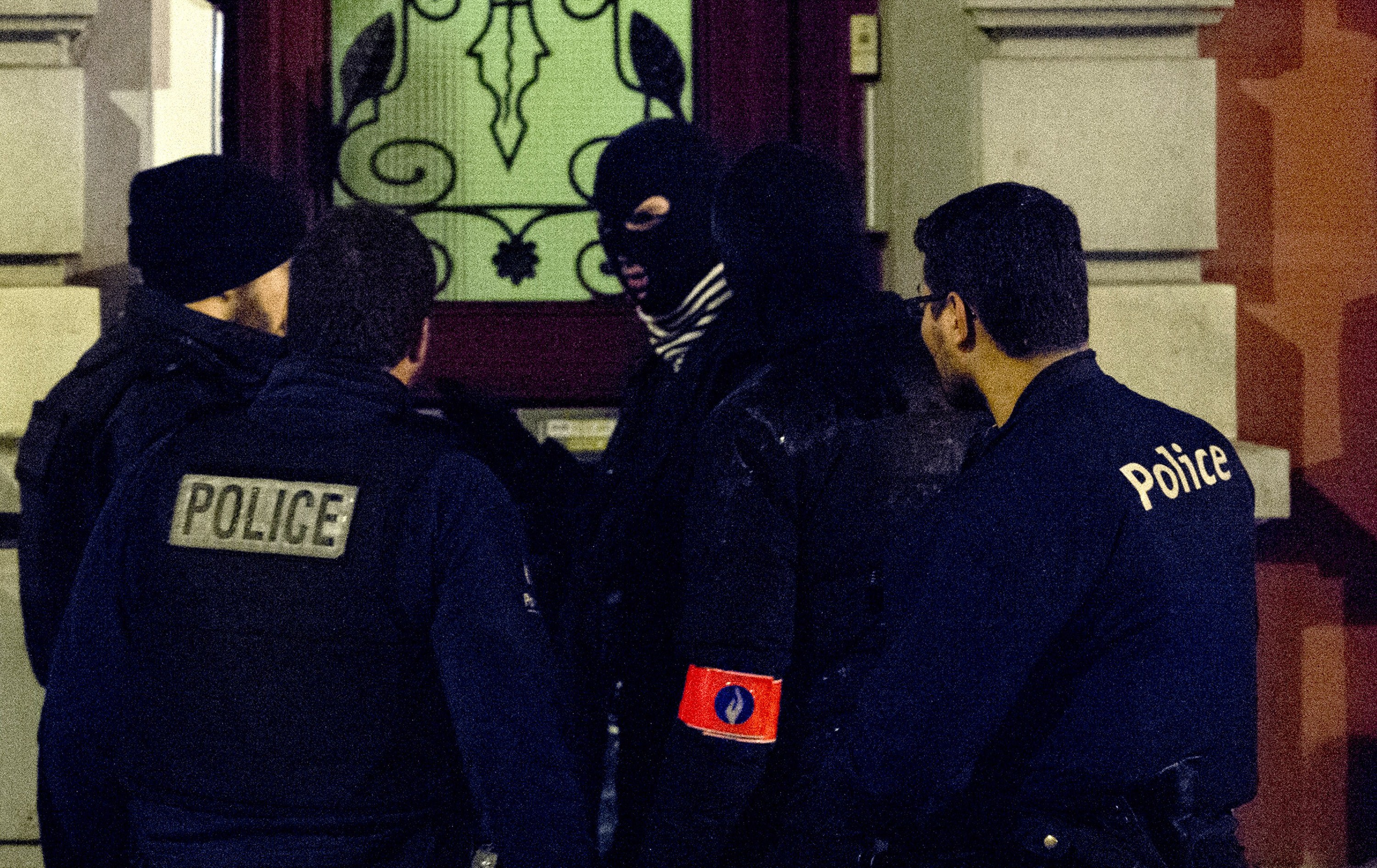 Europeans face a greater threat from homegrown terror than Americans because they are physically closer to Iraq and Syria and the Muslim community in Europe often feels more isolated from society than Muslims in the United States, according to researchers.

"That doesn't mean there is zero risk," says David Schanzer who directs the Triangle Center on Terrorism and Homeland Security at Duke University. "But the risk is lower."

Researchers say part of what makes Islamic extremism less likely to take hold in the United States is that American society remains hospitable to diverse cultures. Schanzer says American Muslims are more educated and wealthier than the national average.

In contrast, he says most Muslims in Europe have arrived as low-wage workers. European countries "have not done a good of a job with immigration as we have in the United States."

Professor Maria Haberfeld at John Jay College of Criminal Justice in New York agrees that alienation in Europe among Muslims is much higher than in the U.S. After conducting interviews in eight countries, Haberfeld wrote a book that, in part, looked at levels of estrangement among Muslims in Europe and found that Muslims felt "extreme alienation from the dominant culture."

This alienation cuts across socioeconomic classes, Haberfeld says. She recalled an interview with a Muslim math teacher in Spain -- the head of his department at a prominent school -- who told her, "I do not belong here [in Spain]."

She said she asked him, "When did you arrive?" When he responded that he was the third generation of his family born in Madrid, "I was flabbergasted."

Haberfeld, herself an immigrant, says the situation is markedly different in the U.S., where her daughter was born.

"No question, she is an American," Haberfeld says. "I think we are relatively safe here in the U.S."

According to recent polls, American Muslims continue to reject extremism by much larger margins than Muslims in other countries.

Yet in France, 16 percent of Muslims polled had a "favorable view" of ISIS, according to an August 2014 poll by ICM Research.

European Muslims are more likely to experience discrimination in part because their societies are less diverse than in America.

"In Europe, Muslims are the 'immigrant problem' as well as the 'Muslim problem,'" says Haris Tarin, Director of the Muslim Public Affairs Council. He notes that when people in the U.S. refer to the "immigrant problem," they are usually talking about Latinos. Tarin says Muslims in America have less of a sense of being cast as outsiders.

"In this country, many of those groups would be labeled hate groups by the Southern Poverty Law Center," he said.