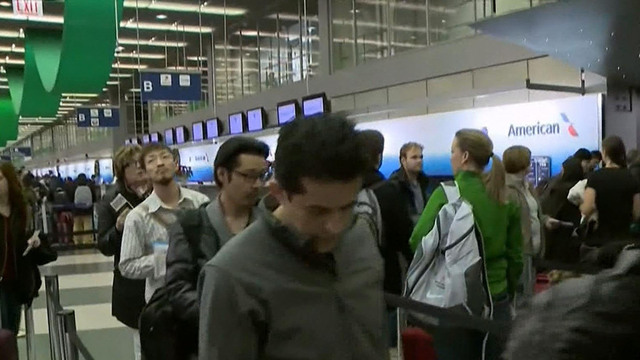 Making that last-minute trip home for the holiday season will be especially brutal this year, with severe weather forecasted across a large portion of the U.S.

According to FlightAware's MiseryMap there are already at least 198 cancellations and 273 delays across the country Wednesday morning, reports CBS News correspondent Jericka Duncan.

There were not many major delays at New York's LaGuardia Airport, but passengers who arrived early were happy they did. It's estimated that 70 percent of delays in the U.S. emanate from New York so when flights are canceled or delayed there, Americans all over feel the impact.

Many travelers will be driving through rain, snow or a mix of both, but that's not stopping them. AAA estimates 6 million people will travel by air and 89.5 million by car. Helped by the significant drop in gas prices, this year there is a 4 percent rise in road travelers. AAA also projects 98.6 million Americans will travel more than 50 miles from their home this holiday season between Tuesday through January 4.