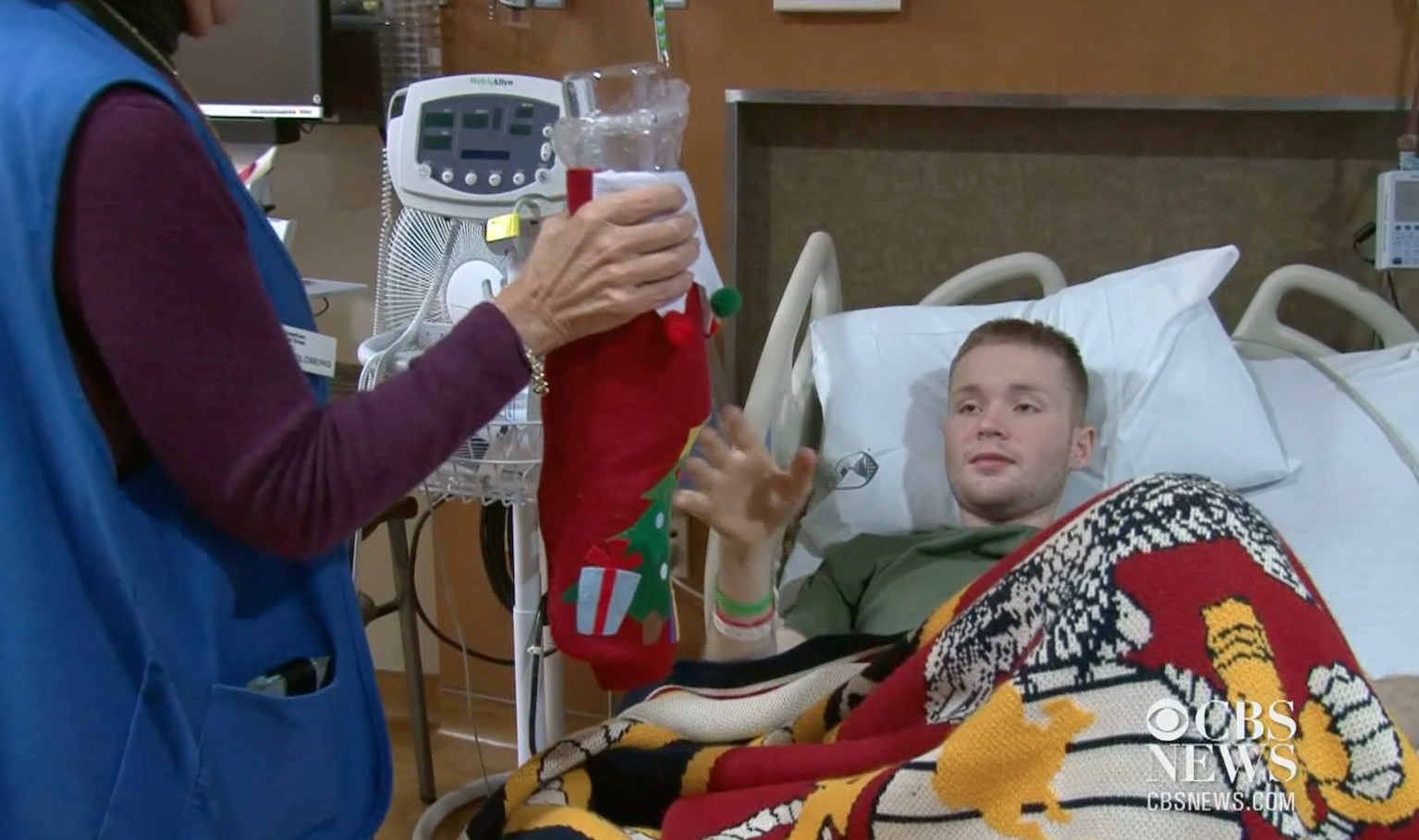 Every service member abroad or in recovery stateside marks another empty chair at a family’s holiday table. So as the tradition-packed months of November and December roll in, the American Red Cross branch at Walter Reed National Military Center in Bethesda, Md., begins fielding a number of calls from people across the country wanting to make the season just a bit brighter for their wounded warriors.

“One of the greatest opportunities they have,” according to Cassie Corbyons – a two-year volunteer at Walter Reed Bethesda – “is through Holiday Mail for Heroes,” which every year brings holiday greetings to two million service members and many of the country’s 24 million veterans.

Thousands of cards pour into a clearing center in Capitol Heights, Md., where they’re screened for hazardous materials. From there, Corbyons says, “they’ll determine what chapters are in need, or they’ll send them over to Afghanistan.

“…A lot of times we have a lot of Red Cross members that are up on the hospital floors, and so they actually get to know a lot of the service members,” Corbyons says. “And so sometimes they know who a service member is, they’ll be like, ‘Oh this card is great for this service member; I know they’d really like it.’ Or, ‘I know this service member’s Jewish, do you guys have a Hanukkah card?’”

The cards arrive from all walks of life, like church auxiliary groups and book clubs; some years even the famously split Congress will convene to express thanks. But most are handmade by children in classes, youth groups and Girl and Boy Scout Troops.

Lance Cpl. Benjamin Garthwaite, a patient at Walter Reed, remembers his own grade school class contributions: “I just remember writing them in school, when I was in like fourth grade, to guys in Iraq at that point, and it’s kind of weird getting them now.”

After bulking up their "weekday comfort carts" with the cards, as well as stockings and other holiday goodies, Corbyons says the volunteers head first to the fourth floor – “specifically the wounded warrior floor of everyone who’s just come back from Afghanistan.”

Joan Goldberg – another two-year volunteer with the Red Cross at Walter Reed Bethesda – says she personally enjoys her visits to the fifth floor, where most of the veterans of WWII and Vietnam are housed: “Because they’re important too,” she says. “And they’re lonely. So that’s kind of nice too.”

“It’s pretty cool, I mean, just to know that everyone in America really supports us,” Garthwaite says. “And it always made us laugh whenever we read them in Afghanistan, because some of the stuff the kids say are pretty funny.”

Goldberg says the volunteers get as much out of it as the patients do.

“Just to get a card and see a smile, and the cards are funny, the kids are funny, and, you know, it just makes them smile,” she says. “And it’s so wonderful to see them smile because, you know, it’s a tough time for them. And holidays are tough. So we feel good about that.”

Garthwaite recalls one of his favorite cards from Afghanistan: “There was one just, totally random one I got,” he said. “It was like, ‘How are you doing in Afghanistan? I love the color blue. Sometimes I love to dance on Sundays. Love, Rachel or something.’ That was one I got, and I just had to share it with everyone else, because I thought it was hilarious.”

It’s important to remember, Corbyons points out, that the hundreds of wounded service members at Walter Reed Bethesda often face multiple surgeries and amputations, among other, more psychological, issues.

“You know, they have a lot else on their minds except holiday cards,” she says. “And so it’s just one little bright spot in their day, and that’s what I’m happy to bring.”