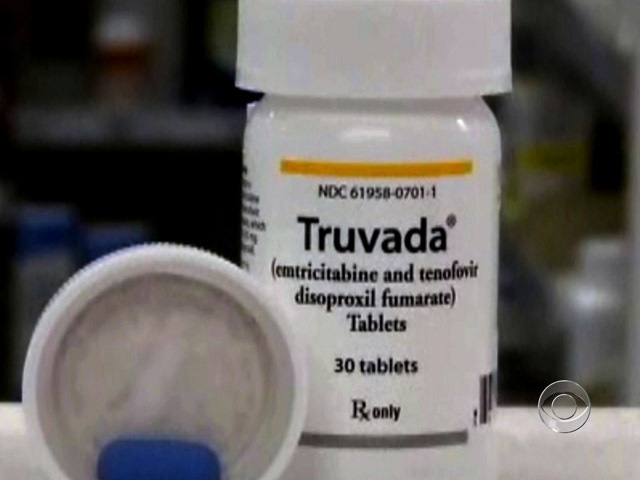 (AP) CHICAGO -- A pill to prevent HIV infection is already being given to some healthy people, but without government approval, it remains out of reach and too costly for many who need it.

Doctors, patients and advocates say that would change if the Food and Drug Administration takes a landmark step and allows the pill, Truvada, to be marketed for prevention. The drug has been used for some time as a treatment for those already infected with the AIDS virus.

"This is a pretty radical step, but I think it's a necessary step," said Dr. Lisa Sterman of San Francisco, who prescribes the drug for already infected patients and those who are healthy but at risk of getting the virus from their partners or through risky sex.

"We've come as far as we can with condom use and safe sex strategies," Sterman said.

A panel of advisers to the Food and Drug Administration late Thursday endorsed using Truvada as a preventive.

In the 30-year battle against AIDS, "it's the first time we have talked about a medication for prevention of HIV," Sterman said.

Doctors are allowed to prescribe Truvada "off-label" for prevention, but FDA approval would formally allow the pill's maker Gilead Sciences to market it for that use. It would probably lead many more insurance companies to pay for the costly drug. The FDA usually follows advisers' recommendations and a decision is expected by June 15.

The panel's action "is a huge step forward," said Nick Literski, a federal worker in Seattle who has been taking Truvada for HIV prevention for more than a year. His partner has the AIDS virus. Literski's insurance covers his preventive treatment. The pill's annual cost ranges from just under $11,000 up to $14,000.

Using the drug for prevention "is really allowing people to make educated choices about their health," Literski said.

An estimated 1.2 million Americans have HIV and many more worldwide. AIDS can develop unless the virus is treated with antiviral drugs. The success of such medicines has helped make the disease more manageable and allows patients to live much longer than when the epidemic began 30 years ago.

About 50,000 new HIV infections are diagnosed in the U.S. each year - a number that has held steady for about 15 years.

"We're going to have to take some radical steps in order to stop this epidemic," Sterman said.

Truvada is marketed by Gilead Sciences Inc. of Foster City, Calif. Studies have shown daily use is highly effective at preventing HIV infections.

Some Truvada prevention studies took place in Africa, and the drug is available as an HIV treatment there and in poor nations elsewhere, but Gilead is seeking approval for using it for prevention in the United States only, a company spokeswoman said.

"With this recommendation, we're nearing a watershed moment in our fight against HIV," Loduca said. "We know this isn't a magic bullet, and it's not going to be the right prevention strategy for everyone, but it could save thousands of lives in the United States and potentially millions around the world."

Not everyone in the HIV community is so gung-ho about using Truvada for prevention.

Michael Weinstein, president of the AIDS Healthcare Foundation, is among the most vocal opponents. His Los Angeles-based group bills itself as the nation's largest provider of medical care for HIV and AIDS, and Weinstein's main concern is that patients won't take the drug as directed - a pill a day plus the use of condoms. Misuse could create drug-resistant HIV strains, and lead to more infections.

The FDA panelists acknowledged that concern, and said people should be tested to make sure they don't have HIV before starting Truvada. Patients who already have the virus and begin taking Truvada could develop a resistance to the drug, making their disease even more difficult to treat.

Justin Terry-Smith, a Washington-area writer with HIV, has different concerns. He took Truvada for four years to suppress his infection. He said he has friends with the AIDS virus in other cities who can't find the drug, and he worries that making it widely available for prevention could result in shortages and pose problems for patients who need it for treatment.

"There has to much more production of this drug for this to actually go forward," he said.

His doctor recently put him on another drug regimen - switching medicines is a common tactic in HIV treatment. But unlike his other HIV medicines, Truvada had no side effects, and he said it needs to remain available for already infected patients.

Sterman said approval of Truvada for prevention would be unlikely to lead to shortages because the drug would be recommended only for people at high risk for getting the virus.

"I don't think demand for it is going to be that high," she said.

Truvada's costs are another concern. But supporters of the drug note that the lifetime cost of treating one person diagnosed with the AIDS virus has been estimated at more than $600,000.

"It's much more cost-effective to prevent a new infection than it is to treat someone for their lifetime," Loduca said. "Of course the ultimate goal is a vaccine and a cure but we're many years away from that."

Jim Pickett, director of prevention advocacy and gay men's health at the AIDS Foundation of Chicago, has had the AIDS virus since 1995. He says his medical costs, including medicine and doctor visits, have continually increased since then and now total about $20,000 a year, mostly covered by his health insurance.

He took Truvada for a while for HIV treatment and had no complications. Side effects from long-term use are unclear, but some of the more serious complications linked with Truvada include kidney and liver problems.

The potential for those problems shouldn't be dismissed, but it's not a reason to reject using the drug for prevention, said Pickett, whose group is not affiliated with the San Francisco foundation.

For some people, the risk of kidney problems "10 years down the line may be less than the risk for acquiring HIV, which is significantly more problematic and can be fatal," Pickett said.

"We need options for people. This is one option. It wouldn't be an option for everybody. It's not meant for everybody," Pickett said.