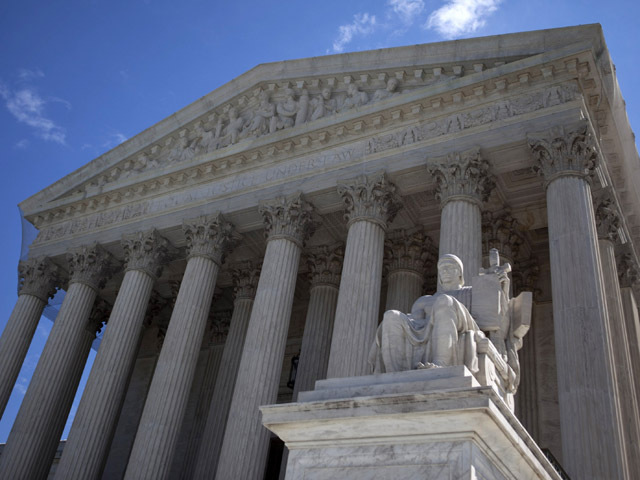 It is a case that has divided the American public, and lower courts.

On Friday, people started lining for a coveted spot inside the courtroom, but the justices will start the massive case Monday morning not with the big constitutional issues but with a basic legal question: Is it too soon for the courts to take up this law?

This is an issue because the key part of the law-the requirement that all Americans buy health insurance or pay a penalty on their taxes-doesn't take effect until 2014.

One federal appeals court ruled the lawsuits should wait until that actually happens. But even if the Supreme Court agrees, the justices this week will go ahead and hear all the other arguments against the law.

Tuesday is the ballgame. That's when the justices will take up the so-called "individual mandate," the controversial requirement that Americans have to buy insurance.

The question: Can Congress force people to buy something?

The opponents, including 26 states, argue Congress has no power under the Constitution to order people to buy anything-and that if the law stands, Congress will have sweeping new authority to dictate our behavior.

On Wednesday, the justices will turn to more technical though equally important questions-including: If the individual mandate is unconstitutional, does that mean the entire law is struck down?

One lower court rejected the individual mandate but said the rest of the massive law could remain, including provisions that keep insurers from dropping people with pre-existing conditions or raising premiums based on medical history.

Also on Wednesday, the court will look at how Congress expanded health care law for the poor by imposing new requirements on the states, another huge question of Congressional power. This case really has it all. That's why some legal experts say it will be the most important set of rulings since the justices reviewed FDR's New Deal programs 70 years ago.