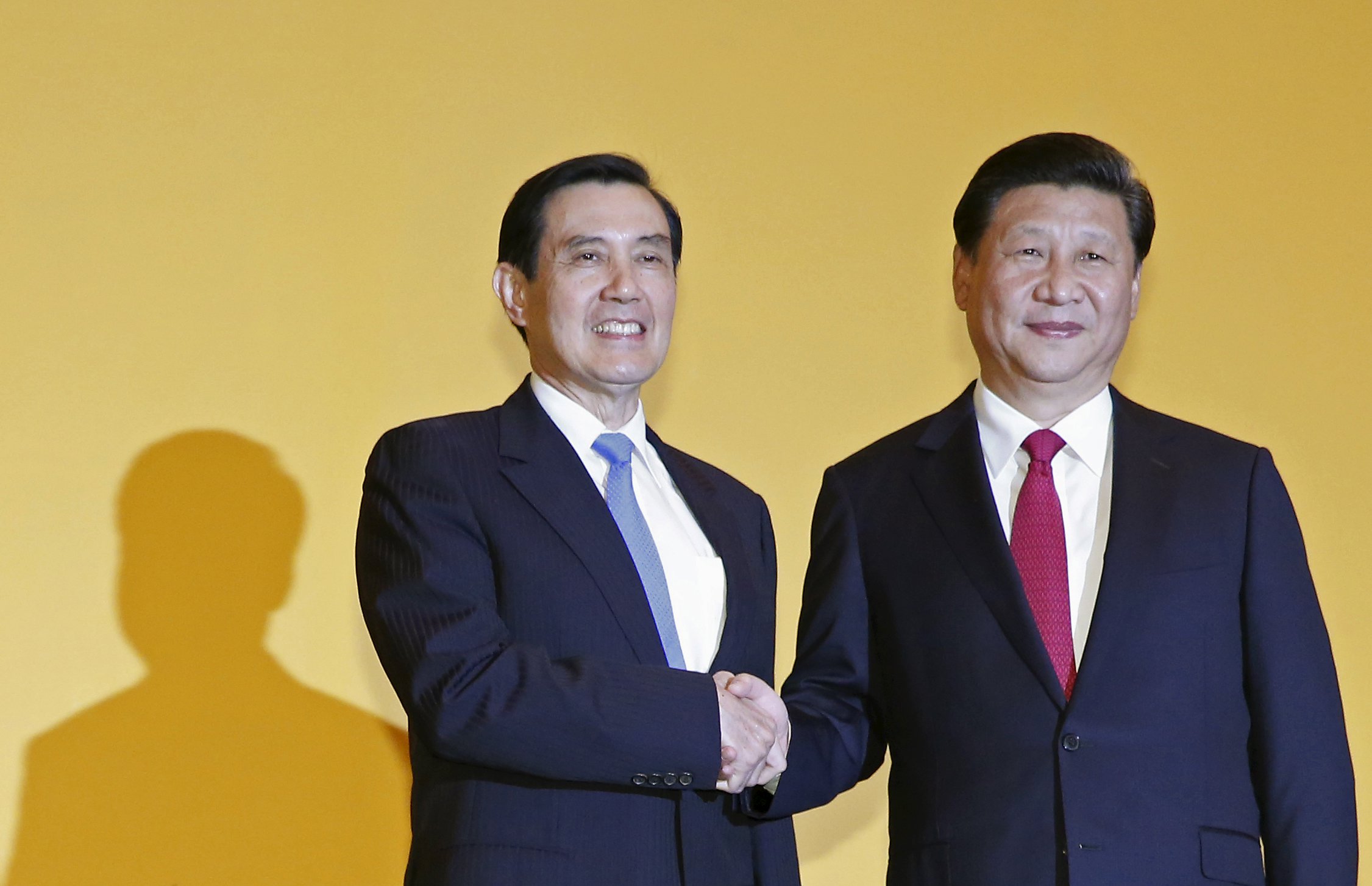 UNITED NATIONS -- For the first time since 1949, when Mao Zedong's Communist Party ejected the government and supporters of nationalist Chinese leader Chiang Kai-shek, the Presidents of China and Taiwan met in a historic one-on-one in Singapore.

So why did Chinese President Xi Jinping and Taiwanese President Ma Ying-jeou decide the time was right? Experts say it's more a matter of maintaining a delicate status quo and keeping both economies strong than it is about making history or changing politics.

The decades following the Chinese Civil War reveal the shifts in world power. Through the 1960's, the Republic of China in Taiwan continued to maintain China's seat at the United Nations and the government there maintained relations with hundreds of nations.

But over time, the world shifted to recognition of the Peoples Republic of China (PRC), and in 1971, representation at the U.N. changed, followed by the storied reestablishment of U.S. relations with the PRC. Today, less than two dozen countries formally recognize the Republic of China.

The relationship is complicated. Unlike Vietnam or Germany, the post-conflict division is unlikely to end up in a restoration of a unified state. On the contrary, despite the world power status of the Peoples Republic of China, the popularity of returning to a formal relationship as part of China is decreasing in Taiwan.

In 1992, a series of meetings led to what is now considered the status quo, when both sides agreed that there is one China -- with "respective interpretations."

Today, there is leverage on both sides, but also no reason to make major changes. For Beijing, relations with Taiwan are politically and economically significant, though not crucial. For Taiwan, China has blocked most trade and political advancement, but its own economy is sound and its government, democratic.

The current status was reflected in the meeting of the two leaders, as was the sensitivity of all the symbols around it. The two leaders each paid their share of the bill, they called each other "Mr." rather than "President," they did not fly their flags and they met on neutral turf, in Singapore.

Comments going in and out of the meeting were upbeat and unusually personal.

"We are brothers, connected by flesh even if our bones are broken," China's President Xi said. "We are a family whose blood is thicker than water."

President Ma noted that while, "behind us is history stretching for 60 years. Now before our eyes there are fruits of conciliation instead of confrontation."

A lot is at stake.

In Taiwan, the meeting -- and any reconciliation -- has been widely unpopular. Elections are coming up in mid-January and the party contesting Mr. Ma's successor opposes a warmer relationship with mainland China, and is ahead in the polls.

After the historic meeting Tsai Ing-wen, leader of Taiwan's Democratic Progressive Party, leading in the polls against Ma's ruling Nationalist Party, wrote that "as a nation's leader, President Ma did not make his people proud or feel safe. Instead, he created more anxiety."

But trade, more than politics, may have played a crucial role in the meetings.

President Obama just concluded the negotiations of the Trans-Pacific Parnership (TPP) and although it still has to be passed by Congress in the U.S., determinations over which countries join the pact are key.

The Peoples Republic of China was not part of the agreement, but Taiwan has indicated that it wants in, and the government in Beijing has given signs that it might also be willing to join.

Kwei-Bo Huang, Secretary-General of the Association of Foreign Relations of Taiwan and an associate professor of Diplomacy at the National Chengchi University told CBS News that Taiwan's interest is two-fold: "to expand Taiwan's international space and to maintain Taiwan's economic competitiveness."

Taiwan's interest in the TPP, he said, is "urgent but problematic."

"A key factor is the influence of Beijing, who has exercised its political and economic power to prevent Taiwan from achieving its current foreign policy objectives," Huang said.

Evan Osnos, staff writer for The New Yorker and author of Age of Ambition: Chasing Fortune, Truth, and Faith in the New China," told CBS News that if the opposition wins and Taiwan's next president "is likely to keep a distance from the mainland, as it appears she will, then this will be Xi's best opportunity for a symbolically significant imprint on the Taiwan issue. He wants to maintain the status quo, and this is part of that process."

Huang points out that Taiwan's Ma has negotiated over 20 agreements with Xi, and "would like to further consolidate the peaceful atmosphere and lower the level of antagonism by meeting with Mr. Xi on an equal footing."

Richard Bush III, Director of the Center for East Asia Policy Studies at the Brookings Institution told CBS News that Taiwan "asserts that it is a sovereign state. To justify that claim, it's important to have an international personality. One of the ways of doing so is to have diplomatic relations with a modest number of countries. If Taiwan were to lose its diplomatic partners it weakens the claim and would be a domestic psychological blow."

Taiwan tried to muster support in the past for United Nations recognition, but appears to have given up the bid for membership.

"Since Taiwan's U.N. bid had cost a lot (mobilizing diplomatic allies during the checkbook diplomacy era) and since the chance for Taiwan to participate in the U.N. as an independent sovereign state is close to zero, the Ma administration then decided to change the strategy by focusing on UN's specialized agencies," Huang said.

Bush was more blunt. He called a Taiwanese quest for U.N. recognition "a fool's errand and a waste of resources," and noted, "it also pissed Beijing off."