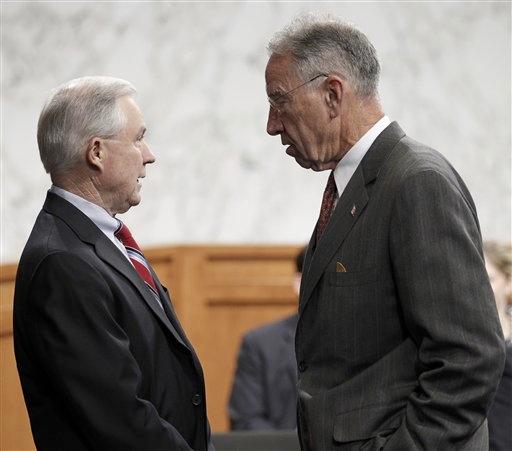 In an industry built on tough talk, the hip-hop label Murder Inc. made hundreds of millions of dollars as it blurred the line between the studio and the street.

Founder Irv "Gotti" Lorenzo named his company after a crime syndicate. He borrowed his nickname from the late Mafia boss John Gotti. And the impresario behind platinum-selling superstars Ja Rule and Ashanti made no secret of his friendship with one of New York's most notorious drug lords.

Prosecutors charged Wednesday that the criminal image was all too real. In a turn of events unprecedented even in the criminal-minded rap world, Gotti was led from the FBI's Manhattan office in handcuffs as he was charged with laundering more than $1 million in drug profits from Kenneth "Supreme" McGriff's multistate crack and heroin operation.

"They don't call it gangster rap for nothing," said Frederick Snellings, special agent-in-charge of the FBI's New York criminal division. "It's pretty clear that the image isn't accidental."

McGriff, already in prison on a gun violation, was charged with drug dealing, racketeering and three murders.

Federal prosecutors said Gotti, his brother and business partner, Chris Lorenzo, and their associates accepted frequent deliveries of McGriff's drug cash at their Manhattan offices. In exchange, Gotti cut McGriff more than $280,000 in business and personal checks and paid for tens of thousands of dollars worth of his travel and hotel costs, prosecutors charge.

Recording in a studio dubbed "The Crackhouse," Murder Inc. has sold about 20 million records behind Ja Rule and Ashanti, who were not charged in the indictment. Ja Rule's current album, "R.U.L.E.," peaked at No. 7 on the Billboard chart. Ashanti is appearing in the movie "Coach Carter," which debuted atop the box office list two weeks ago.

The company, owned partly by Def Jam, a subsidiary of Universal Music, has made about $200 million since it was founded in 1997, according to a source familiar with its operations who insisted upon anonymity.

Ja Rule's manager and at least seven other Gotti and McGriff associates also have been charged in the case.

Gotti and his brother were released on $1 million bonds Wednesday afternoon after pleading not guilty in federal court in Brooklyn. Gotti's lawyer, Gerald Lefcourt, said the brothers had been unfairly targeted for trying to help a respected figure from the rough Queens neighborhood where they grew up.

"I grew up poor from the streets so I have friends, whatever, like that. So I don't look bad at them for thinking ill things about me," Gotti said as he left court. "No way, in any way, shape or form have I done anything wrong, except make great music that the people seem to love, and that's all that I'm guilty of."

The New York Times reported that unidentified associates of Gotti claim an internal audit of Murder Inc. conducted in 2003 establishes that the record label was not used to launder drug money.

Gotti got his start in the mid-90s as a talent scout, playing a pivotal role in bringing future superstars Jay-Z and DMX to Def Jam. Former Def Jam boss Lyor Cohen then gave Gotti his own label imprint, which Gotti used to launch a string of hits by Ja Rule and others.

The source familiar with The Inc.'s operations said its partnership with Def Jam was set to expire in about a year. And new Def Jam bosses L.A. Reid and Jay-Z don't seem eager to embrace Gotti, said Elliott Wilson, editor in chief of the rap magazine XXL.

That's because "we haven't had a case like this before when the feds have gone this hard after a music guy," Wilson said. "This is an unprecedented thing, where a music guy is being charged as a gangster."

One gangster the feds have been after for years is McGriff, 45, founder of the Supreme Team, once one of the city's most violent drug crews. Investigators charged Wednesday that he revived his lucrative — and deadly — drug operation after he finished serving about nine years for drug conspiracy in 1997.

McGriff's lawyer, Robert Simels, said his client told him from prison Wednesday that "it's a shame that people who tried to help him in a legitimate way are involved in defending themselves in a criminal case."

The indictment seeks to seize Gotti's personal property and two of his music companies but does not target Murder Inc. itself.

The label was renamed The Inc. last year in an attempt to deflect negative publicity from the federal investigation.

The charges were not expected to have a major impact on Universal. Universal spokesman Peter LoFrumento declined to comment on the charges.

The indictment charges that McGriff and his associates ran a drug operation stretching from New York through Baltimore into North Carolina.

It accuses them of killing potential government cooperator Karon "Buddha" Clarrett and a friend outside a Baltimore-area stash house in August 2001. They also are charged with the slaying of up-and-coming rapper E-Money Bags that summer in his sport-utility vehicle on a street in Queens.