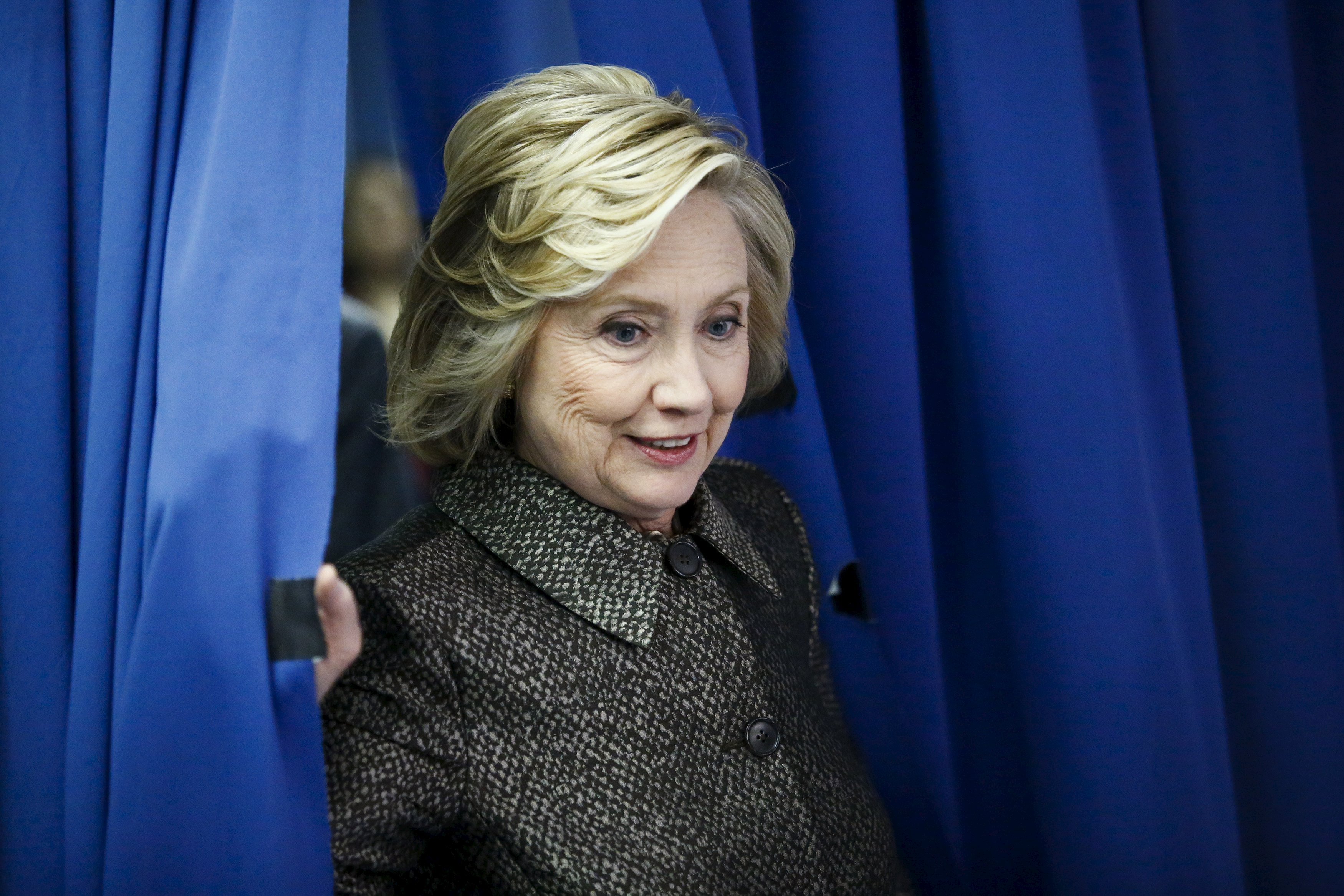 People's Champion. That's Hillary Clinton's first crack at explaining why she's running for president. (What she once called "the hard question.") The campaign video she released announcing her candidacy on Sunday was all about the people--expectant parents, job seekers, a same-sex couple on the verge of marriage, and women of all ages and ethnicities. This was a celebration of what National Journal's Ron Brownstein called the "coalition of the ascendant"--the young people, minorities, and college-educated whites--especially women--who helped give Barack Obama his two victories and who Democrats think are the key to a string of future presidential victories. It was such a play to this group that Business Week's Josh Green said the ad should have ended with a tag line that read "Ron Brownstein is responsible for the content of this message."

The online spot was a departure from the recent vintage of announcement videos where the candidate is hard to distinguish from an action hero, ready to solve America's problems: foreign, domestic, and extra-terrestrial.

The Clinton video--which is the opening argument of her campaign--did exclude some people. She makes it clear that she is not running for all the people. As she wrote on Twitter, "Everyday Americans need a champion, and I want to be that champion." She is not promising to be the champion of "every American" but rather "everyday Americans." In that grammatical choice lies the campaign: a fight for the people who have been left out of the economic recovery.

In order to put the voters center stage, Clinton doesn't appear until more than 90 seconds into the video. By then, all the voters she hopes to stitch into her coalition have seen a version of themselves. In the most recent CBS poll, Clinton gets low marks for honesty--only 42 percent of the country thinks she is honest and trustworthy--and her favorability is low (only 26 percent have a favorable opinion of her). For the viewers who have these chilly views of her, this opening gambit was a warmth-graft, associating her candidacy with superbly shot images of attractive, striving Americans. It was the visual equivalent of motherhood and apple pie wrapped in the American dream.

Connecting Clinton with people plays to her strengths. A strong majority (56 percent) believes that she cares about people like them.

Clinton promised hard work in her kick-off announcement, a promise her husband often made. Voters like to know a politician will battle for them, but in Clinton's case the pledge goes beyond that. It sends a message meant to counteract one of the attacks Republicans will make against her.

Sunday, on CBS News' Face the Nation, GOP Chairman Reince Priebus immediately talked about Clinton's air of "inevitability" when he addressed her candidacy. That word is meant to convey the idea that she thinks she should just be handed the crown and waltz into the White House. Clinton is trying to send a different message. "I'm hitting the road to earn your vote," she said in her blue windbreaker standing outside what may or may not be a typical middle class home. She's not "starting a conversation" on a chintz couch, as she did in her 2008 announcement video. The message is that she's getting after it this time.

In advance of Sunday's launch, Clinton's campaign manager Robby Mook sent a memo to the staff outlining the tone he would like to set for the campaign. He called for collaboration, diversity, and humbleness. Mook told staffers they should pin the mission statement to their walls. A good idea, given the drama that swelled in the 2008 Clinton campaign, but the test will be what else the Clinton staffers pin to their walls.

A candidate who inspires in the way Clinton hopes to with her announcement video is the kind of candidate whose staffers pin her words to their walls for sustenance and motivation. During the low days of the Obama campaign in 2008, for example, staffers told me they would re-watch his speeches or his 2004 speech at the Democratic convention. It gave them lift and all successful campaigns have that. What Nixon, of all people, called "the lift of a driving dream." Hillary Clinton has finally taken off after months of idling on the runway. Now we'll see if, with a new message and a new campaign, she has what it takes to take off.