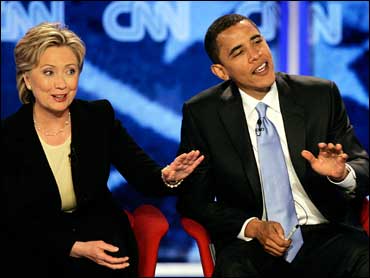 This column was written by Noam Scheiber.

Probably the most important insight about the Democratic presidential contest so far comes care of the famed political pundit Nick Sobotka, a character from HBO's "The Wire." Toward the end of season two, after all hell has broken loose at the Baltimore port, Nicky troops to the local stevedores union in search of work. But these are tough times for the stevedores. What little work there is has already been parceled out to more experienced men. "Seniority sucks," Nicky sighs. To which another stevedore responds, "If you ain't senior."

What does this have to do with the looming death match between Barack Obama and the senator from Punjab? A lot, as it happens. Pretty much every poll taken since the beginning of the year has shown two things: First, that Hillary Clinton enjoys a sizeable cushion among working-class voters (a Gallup poll out Monday shows Hillary with a 10-point lead among voters with "some college" and a 23-point lead among voters with a high school education or less). And second, that Hillary has a huge advantage on questions about which candidate has the "best experience" to be president (66 to 9 over Obama in an early June Washington Post poll).

These two details are not unrelated. In fact, it's pretty clear that working-class voters favor Hillary over Obama largely because they value experience. But it's the reason they value experience that's so interesting: Working-class Democrats, and particularly unionized Democrats, tend to see seniority as the only acceptable way of divvying up sought-after work. (And what is the presidency if not the most sought-after job on the planet?) For them, the problem with an inexperienced candidate isn't that he or she is unprepared to be president. It's that such a candidacy flies in the face of their basic sense of fairness.

Of course, it's possible that voters think experience is substantively, as opposed to just symbolically, important. But I doubt it. Consider the following paradox: Voters routinely tell pollsters that experience matters in their choice of presidential candidate. The most obvious reason to demand experience, as my colleague John B. Judis has written, is that the American president has nearly unchecked power over U.S. foreign policy. And yet the pre-presidential experience of four out of the last five White House occupants has consisted of governing a state — a job that affords few opportunities to dust off those Metternich quotes.

It's not that governors lack experience per se. Running a state is tough work. There's a legislature to deal with, a bureaucracy to manage, powerful interest groups to navigate. Anyone who succeeds at these tasks must have genuine political skill. But the fact that this experience is irrelevant to the most important responsibility a president will face suggests voters don't necessarily deem experience to be important in its own right.

In the case of Hillary v. Obama, experience turns out to be most useful as a proxy for the vast sociological chasm between the two camps. On the one hand, many of Hillary's most loyal supporters lack college degrees and toil away at low-skilled jobs. Now if you happen to be a poorly educated worker who's nonetheless eking out a decent living, no prospect is more alarming than the thought of losing out one day because someone a little younger, a little flashier, leapt ahead of you in line. There is a comforting order to the world you know. And that order demands that people pay their dues before getting promoted. The alternative is a bitter competition between you and your co-workers — and who knows how you'll fare in that?

In the eyes of working-class Democrats, Hillary is someone who's paid her dues — first in the White House, where she weathered a terrific, eight-year assault from conservatives, then as the scrupulously dependable senator from New York. If, after all this, Hillary doesn't win the nomination, then the system they've bought into their entire working lives will have been turned upside down.

Obama's base, by contrast, consists primarily of his sociological peers: highly educated achievers who get paid to think abstractly and believe that compensation should reflect performance. Nothing makes these meritocrats shudder like the thought of having the sharpest insight or the best proposal and yet still having to cool their heels while their less able, less creative elders plod ahead. Even among educated voters (as opposed to voters in general), it's not hard to pick out the Obama supporters. They're the charter-school entrepreneurs as opposed to the public-school teachers; the management consultants rather than the government lawyers; the hot-shot hedge-fund managers rather than the stodgy CEOs.

For these people, the idea of a candidate paying his dues is absurd. If Obama is the most intelligent, most dynamic, most articulate candidate in the field, then he should be the nominee, regardless of how many years he may or may not have languished in the Senate.

If you want a feel for how all this might play out in the Democratic primaries, you could do worse than to read Illinois Senator Donne Trotter's pronouncement on the matter this past weekend. "Well, it's a big leap from here to there," Trotter told the AP, referring to Obama's plan to move from the Illinois statehouse to the White House in a brisk four years. But, Trotter hastened to add: "I couldn't say he wouldn't be up to the task."

Think of Trotter as a kind of median voter on the experience question — someone genuinely ambivalent about the importance of the attribute. On the one hand, Trotter concedes that Obama is prepared to be president. On the other hand, he seems slightly affronted that a man whose political resume is not much more impressive than his own would be considered presidential material. My guess is that if you can figure out who'll win the Donne Trotters of the world, you will have found your Democratic nominee.

By Noam Scheiber
If you like this article, go to www.tnr.com, which breaks down today's top stories and offers nearly 100 years of news, opinion and analysis 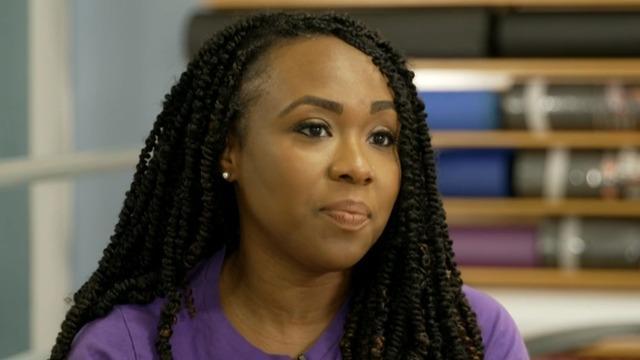 Women and work: Staying in the workforce

More than 67 million women are currently employed in the United States. "CBS This Morning" profiles the owner of a dance studio who has faced challenges keeping her business open during the pandemic. Also, Caroline Fairchild, editor at large for LinkedIn News, reveals some startling new data about women in the workplace during the pandemic.