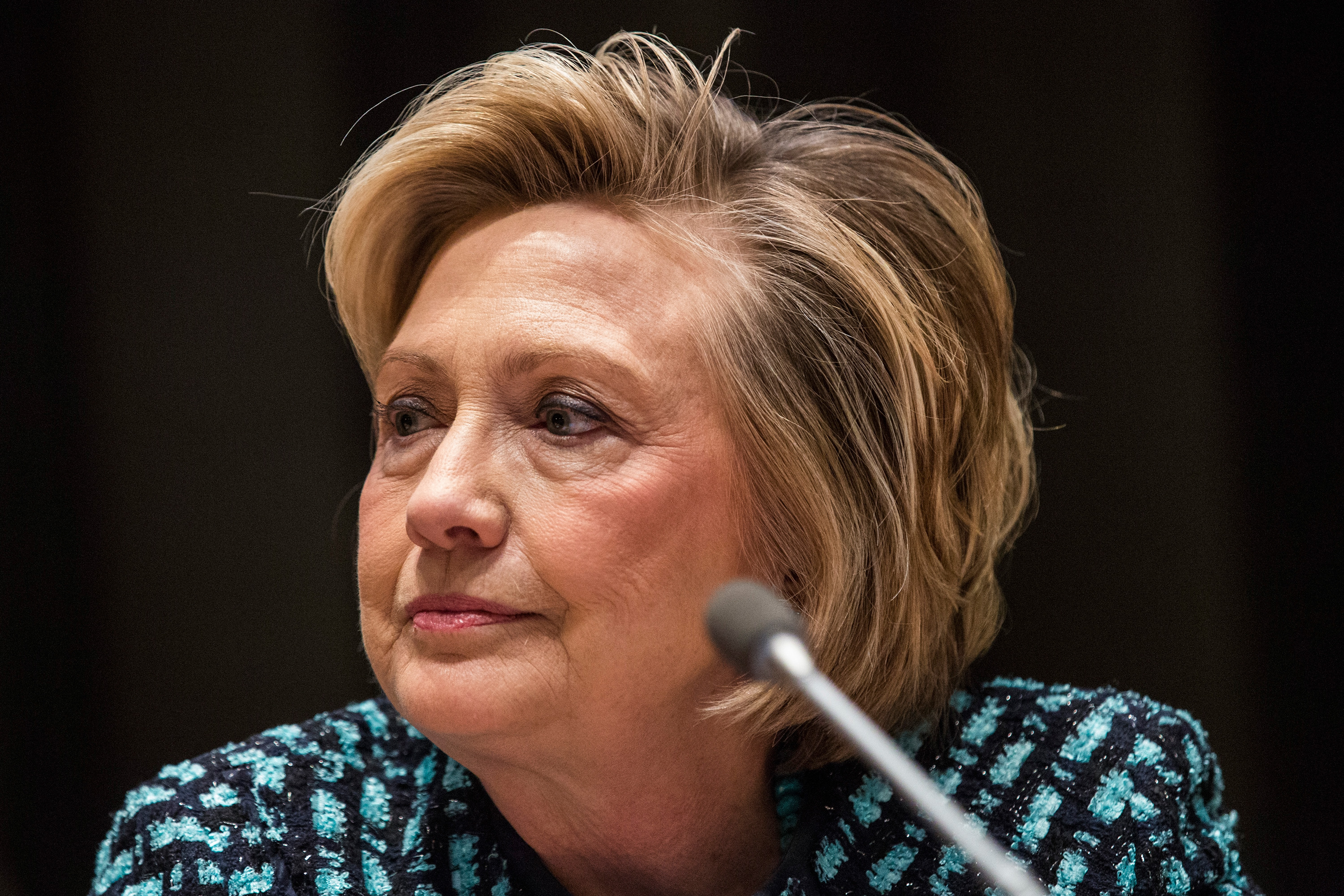 Former Secretary of State Hillary Clinton warned that Russia's "intimidation" may not stop with the annexation of the Crimean Peninsula, putting other European countries in the region at risk.

"This is a clash of values, and it's an effort by Putin to rewrite the boundaries of post-World War II Europe," Clinton said during a speech to the Board of Trade of Metropolitan Montreal Tuesday night. "If he's allowed to get away with that, then I think you'll see a lot of other countries either directly facing Russian aggression or suborned with their political systems, so they're so intimidated that, in effect, they are transformed into vassals, not sovereign democracies."

While Clinton - who oversaw some of the Russian "reset" policy as Obama's secretary of state - warned against "rattling sabers and all of that," she still said countries needed to take more steps to insulate themselves against future aggression like what happened in Ukraine.

One way to do that, she said, is for Europeans to develop more energy sources that make them less reliant on Russian oil and gas, including speeding up the development of pipelines from Azerbaijan into Europe and otherwise boosting domestic energy production. Poland, for instance, has been exploring the possibility of using hydraulic fracturing, or fracking, to tap shale gas reserves.

"Really go at this in a self-interested, smart way," Clinton said. "The Russians can only intimidate you if you are dependent upon them."

Boosting Eastern Europe's access to energy has been a popular idea in Republican circles since the crisis began, although lawmakers like House Speaker John Boehner, R-Ohio, have called for expedited exports of natural gas instead of urging more domestic production inside Europe itself.

Experts say energy independence could be an effective long-term strategy to counter Russian influence, but won't do much in the short term.

For the U.S. to seek to counter Russia's energy prowess in the region would be a "could be a very important signal to the Russians that they are playing a losing hand in the long term, that what they are doing is forcing the rest of the world to not only isolate Russia in the short term but to think about workarounds around Russia's economy," said CBS News National Security Analyst Juan Zarate.

Russia's economy is heavily dependent on oil and gas exports, which account for more than 50 percent of revenues in its federal budget, according to the U.S. Energy Information Administration.

As for further steps the U.S. can take, Clinton said the country has "got to do a better job in supporting a government in Kiev" with money and other resources.