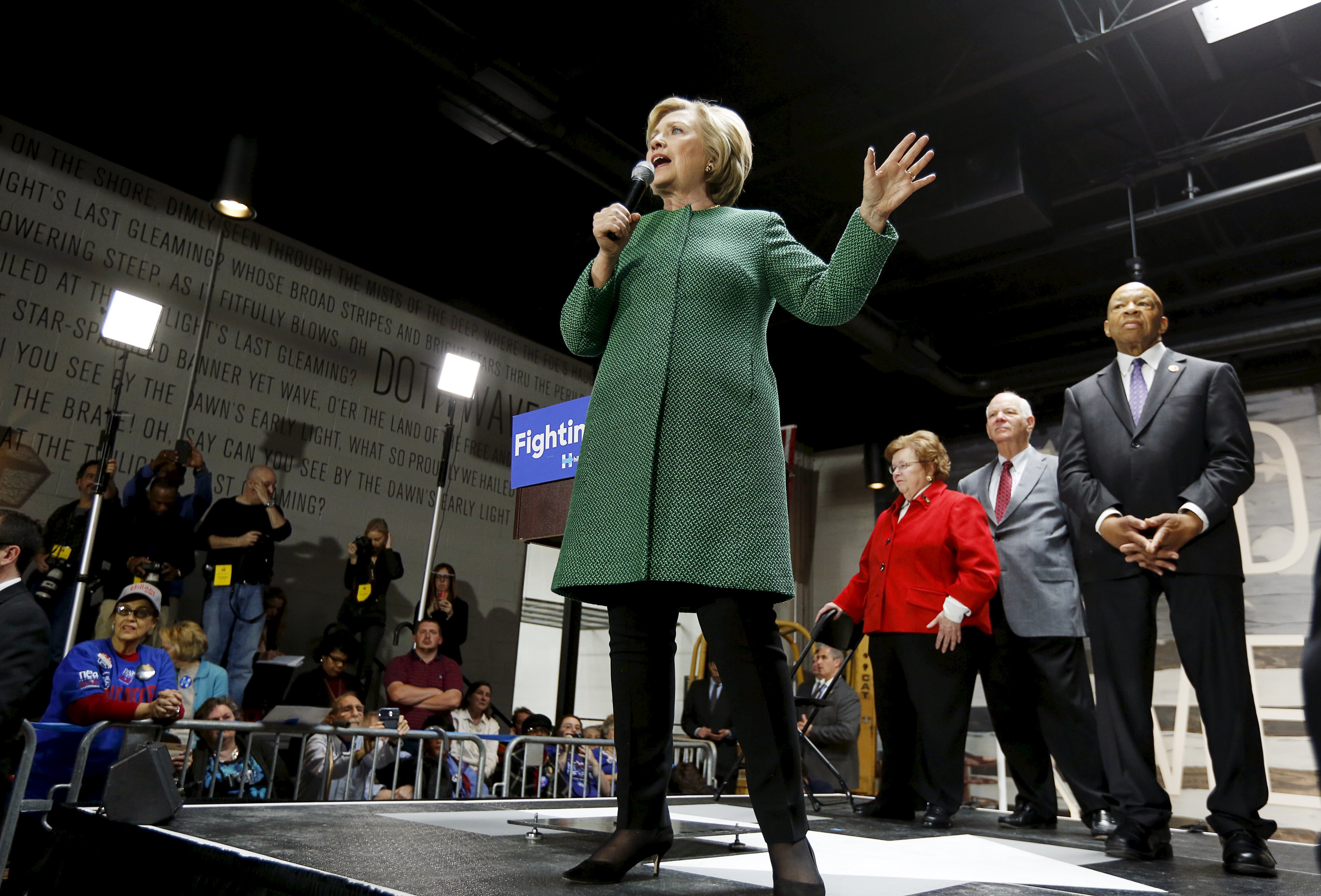 Hillary Clinton suggested Monday that Bernie Sanders' home state of Vermont is responsible for many of the guns that end up being used for violence in New York.

"So this is not, 'Oh, you know, I live in a rural state, we don't have any of these problems,'" she continued. "This is, you know what, it's easy to cross borders, criminals, domestic abusers, traffickers, people who are mentally ill, they cross borders too and sometimes they do it to get the guns they use. This has to become a voting issue for those of us who want to save lives."

Clinton has repeatedly hit Sanders over his record on gun control, though this line of attack in particular is new. She most frequently refers to his past support for a law that would grant immunity to gun manufacturers when their guns are used in crimes.

Her statistics come from the Bureau of Alcohol, Tobacco, Firearms and Explosives, which issued a report in 2013 saying Vermont was in fact, adjusted for population, the highest per-capita source of guns recovered in other states. That year, 23.5 guns per 100,000 residents, or a total of 147, were recovered in crimes committed outside of Vermont. The next-highest per capita state was New Hampshire, with 22.3 guns per 100,000 residents.

And according to Everytown, a nonprofit that advocates for stronger gun control laws, notes that between 2006 and 2013, 479 guns originally purchased in Vermont were recovered in other states.

An ATF report from 2014 put Vermont in the top 15 states whose guns were recovered in New York. Still, it's worth noting that guns from Vermont are just a tiny fraction of the overall number of out-of-state guns recovered there: that year, Vermont's guns were 55 of the total 4,585 out-of-state guns. In the same year Georgia was the source for 386 out-of-state guns and 395 were traced to Virginia.

According to a report from Politico New York, Clinton also made the Vermont-to-New York argument at a closed-door meeting with New York lawmakers in Albany.

"She said that it's going to be coming out in the very near future that many of the catastrophes that have taken human lives in the State of New York have been the product of guns coming over the border from Vermont," Democratic state Sen. Tim Kennedy told Politico. "That's the first I heard it. I think it caught everybody's attention and we're looking forward to learning more about it."

Sanders' campaign responded Monday evening by noting that Vermont's governor, Peter Shumlin, has been an enthusiastic supporter of her candidacy.

"I would just say this, I think you'd have a hard time convincing Vermonters that New York's crime problems are coming from Vermont," spokesman Michael Briggs said.