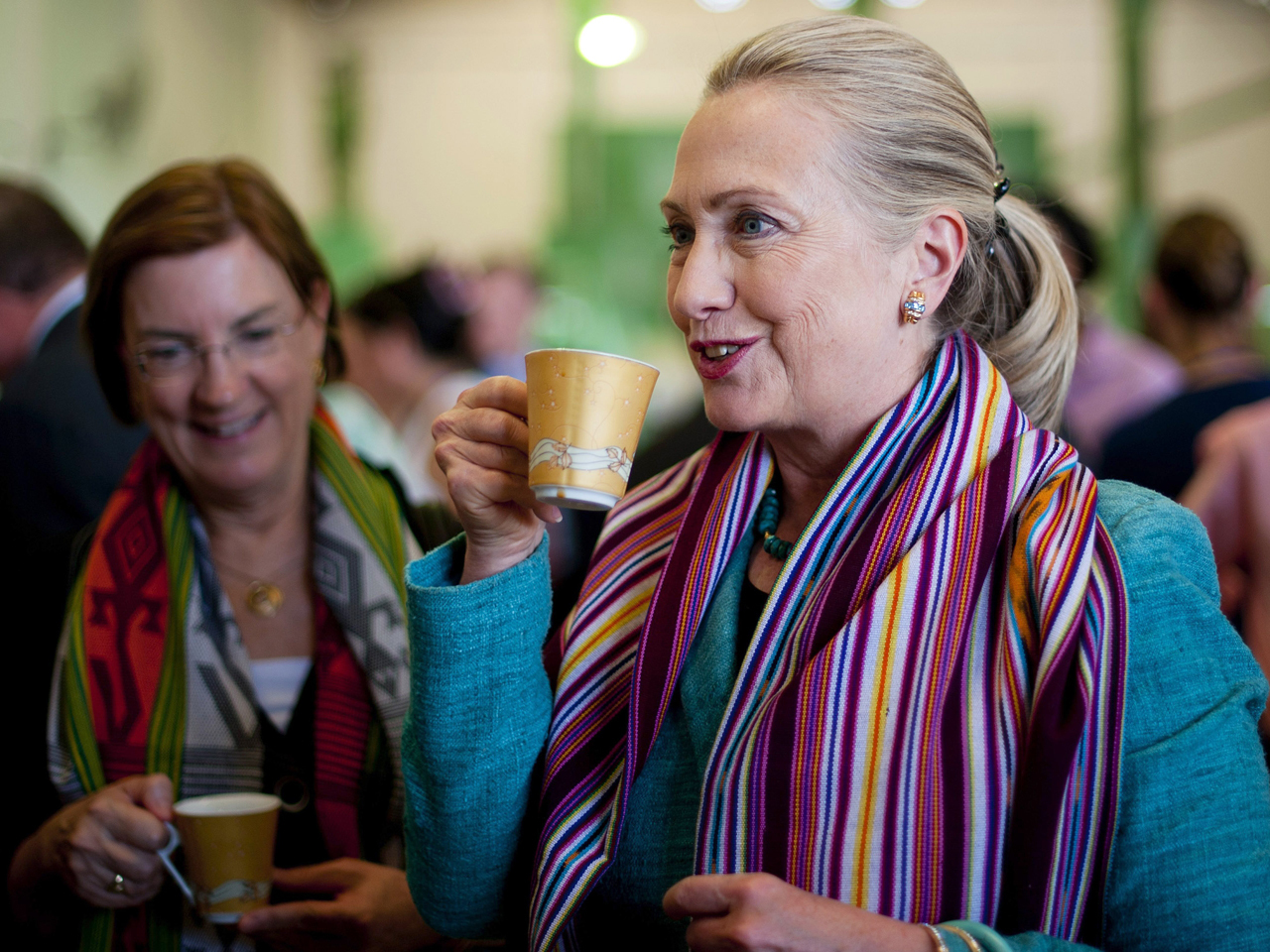 (CBS News) BRUNEI - Bill Clinton's daughter Chelsea was in the crowd watching as he gave his keynote address Wednesday at the Democratic National Convention, wife and Secretary of State Hillary, however, was almost 10,000 miles away in Asia.

While President Clinton delivered his address in Charlotte, Secretary Clinton was in the tiny country of East Timor - Asia's youngest democracy.

She said she had seen the speech as prepared, but wanted to see it as it was delivered. And she would - hours later - when she watched it online as the U.S. Ambassador's residence. (Watch Bill Clinton's full address at left)

She called her husband on the way to the airport to head to Brunei.

The secretary tried to quiet rumors that there were political motivations for her skipping the convention, saying there is a history of cabinet secretaries not showing up - due to the nonpartisan nature of attending to foreign policy.

President Clinton tried to present a united front, noting that President Obama had, "appointed several members of his cabinet, even though they supported Hillary in the primary. Heck, he even appointed Hillary."

After meeting the Sultan in Brunei - one of the world's wealthiest nations per capita, the Secretary of State will travel on to Russia, where she will represent President Obama at the Asia-Pacific Economic Cooperation summit this weekend in Vladivostok.