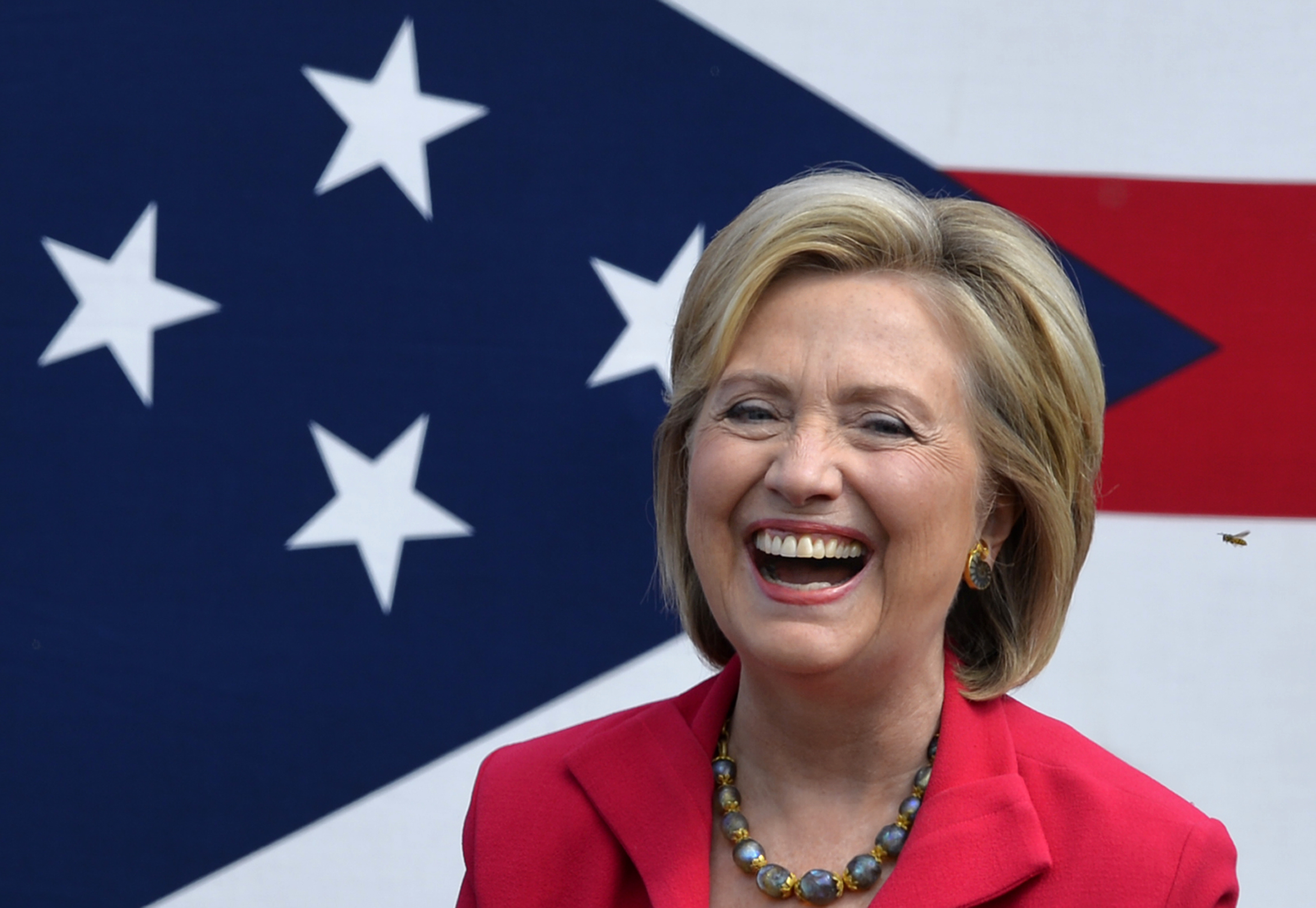 CLEVELAND -- As Hillary Clinton began her bid for Ohio's pivotal vote in the presidential primary contest here Thursday, she sharpened her attacks on what she called the "extreme views" of the Republican field.

"Marco Rubio brags about wanting to deny victims of rape and incest access to healthcare," she said, before taking aim at former Florida Gov. Jeb Bush and Ohio Gov. John Kasich. "Now, extreme views about women, we expect that from terrorist groups. We expect that from people who don't want to live in the modern world but it's a little hard to take coming from Republicans who want to be the president of the United States."

Speaking at an outdoor organizing event at Case Western Reserve University in Cleveland, Clinton's choice of words was one of her harshest in her and her campaign's ongoing war on Republican positions on issues of women's health and abortion. Her targets fired back quickly.

Current GOP front-runner Donald Trump called Clinton's reference to terrorists "disgusting" in an interview with MSNBC on Friday. In a Thursday press conference in South Carolina, Trump also bashed Bush's remarks about women's health issues, calling them a "disgrace." He added that after Clinton's comments on terrorist groups, she should talk to the former Florida governor.

Kasich's campaign also used Twitter to chide Clinton, and he linked to his donation page, too:

Kasich was referring to an auto-dial Public Policy Polling survey released this week that found that he alone in the Republican field beat Clinton in a head-to-head matchup in New Hampshire.

"For Hillary Clinton to equate her political opponents with terrorists is a new low for her flailing campaign," said Allison Moore, the national press secretary for the RNC, in a statement. "She should apologize immediately for her inflammatory rhetoric."

Thursday's gathering marked Clinton's first official campaign event in the state. Her one-day trip, which also included a fundraiser in nearby Bratenahl, was a departure from her usual campaign schedule, which finds her spending the most time in the early voting states of Iowa and New Hampshire.

Since her announcement in April, Clinton has spent 31 days in Iowa, New Hampshire, South Carolina and Nevada. Her event in Cleveland, which drew 2,800 people according to university staff, was only her second such event outside of an early state. The first was in Colorado.

"I am thrilled to be back in Cleveland and in Ohio with so many friends," Clinton exclaimed, against a backdrop of side-by-side American and Ohio state flags.

In what she called a "turning point" for her first presidential campaign, Clinton defeated then-Sen. Barack Obama in the Democratic primary in Ohio in 2008. She acknowledged the significance of that win again Thursday, saying the state "lifted" her when she was "down and out." She asked the crowd to join her campaign again.

"I'm looking forward to working with elected officials, with the clergy, with business leaders, with young people, with your great academic and medical institutions," she said. "I want to be your partner."

While Clinton's campaign has also concentrated its on-the-ground efforts in early voting states, it committed early on to running a "50-state strategy" with a paid staffer in every state to help Clinton win the Democratic nomination. According to an aide, there have been 21 organizing meetings throughout Ohio since the campaign kicked off and launch parties in every congressional district.

Rep. Tim Ryan, who represents Ohio's 13th District and attended Thursday's event to show his support for Clinton, said he is confident that the connections she made in 2008 will help her again in 2016.

"It's like you went to war together," Ryan said of campaigning and working to mobilizing voters in his state. "You really bond with people. That's what Hillary did when she won here."

Kathleen Bates, a manager at the Case School of Engineering, said Thursday that she hasn't decided who will get her vote in 2016. She came to the event in search of reassurance that Clinton would be effective in following through on her campaign promises.

Clinton spent much of her time on stage arguing for stronger voting rights laws and universal background checks for prospective gun buyers. She mentioned Tamir Rice, the 12-year-old boy who was shot and killed by a police officer in Cleveland last year, as she promised to prioritize gun reform.

But her remarks were light on the nitty-gritty details that she more regularly explores in policy-focused speeches like the one she gave Wednesday in Iowa on rural policy. Clinton bookended her appearance in Cleveland with her personal story, highlighting her work as a young attorney and the lessons she had learned from her mother, who was abandoned by her parents at a young age.

"I want to let you know that as your president, I will first and foremost be a champion for our children," Clinton said, shortly after being introduced.

That kind of presentation of Clinton's character, rather than her policies, is what former Ohio State Sen. Nina Turner says she believes will serve to recapture the hearts and minds of Ohioans for Clinton.

"She has to drown out all the noise and be who she is," said Turner, who has not endorsed but is supportive of Clinton and serves on the board of Correct The Record, a pro-Clinton rapid-response organization. "If she can pull that woman out and let the voters see that, that is how Secretary Clinton is going to win the Presidency of the United States of America."

Turner, in an interview with CBS News ahead of Clinton's trip, also emphasized that Clinton, along with the other Democratic candidates, must make visiting her state a priority. Beyond Ohio's historically important role in presidential elections, it is the presence of Ohio Governor John Kasich in the race that creates added urgency for the candidates.

"Having the Secretary come through Ohio and come through Cleveland," she said, "to me it says she has gotten the memo."