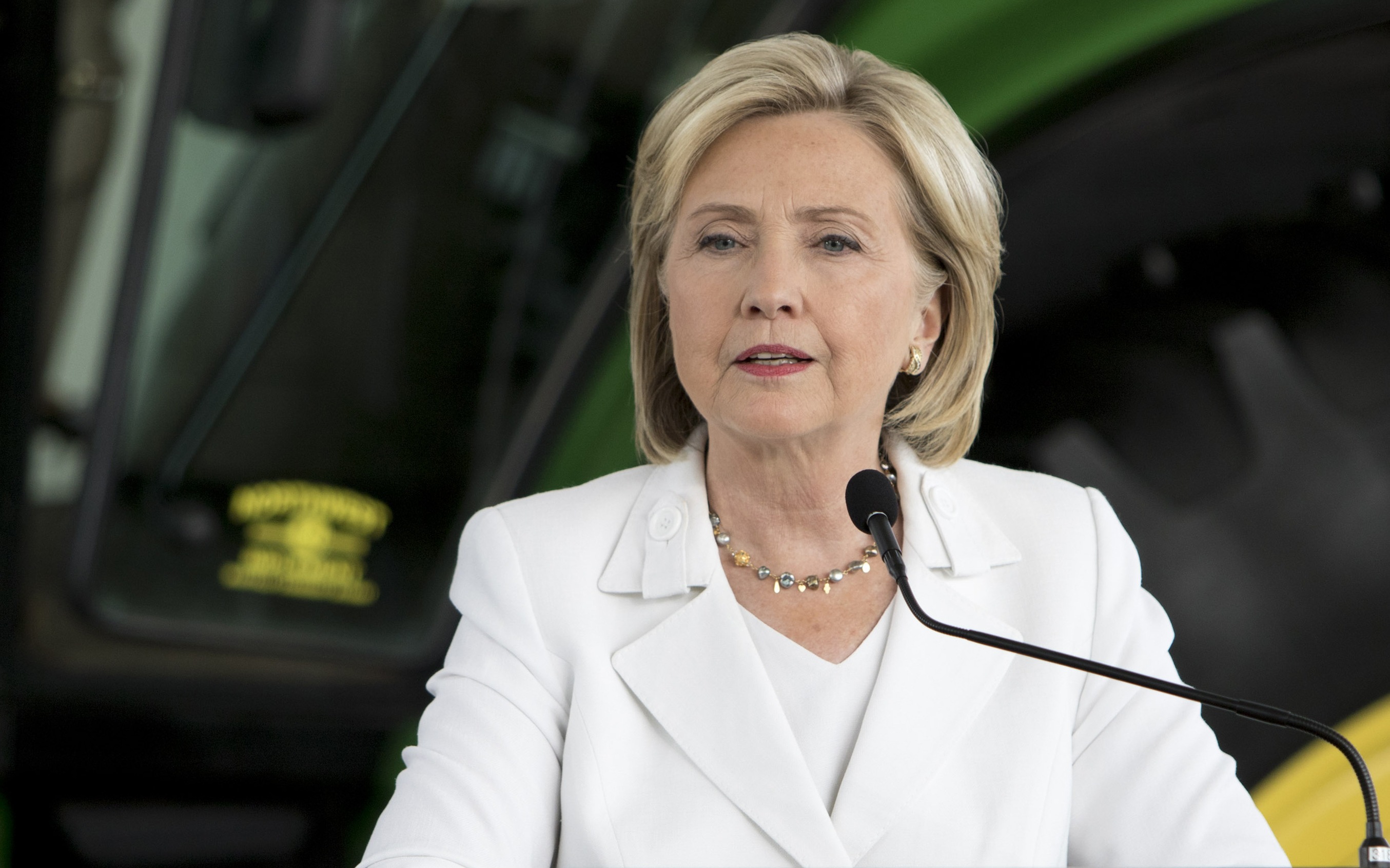 Hillary Clinton, the frontrunner for the Democratic presidential nomination, said Wednesday she has "seen no evidence" that Vice President Joe Biden would freeze some of her Democratic support if he were to jump into the race.

The former secretary of state also told reporters in Iowa that Biden has yet to fill her in on how seriously he's considering his own White House bid.

"And I have not asked for that," she added. "I just want the vice president to decide to do what is right for him and his family," she said.

Clinton stressed the hardships Biden has endured, including the death in May of eldest son, Beau.

"It has to be really really hard for him," she said. "I was at his son's funeral, I can't really imagine the grief and the heartbreak."

Clinton said she as "a great deal of admiration and respect" for Biden. "He has to make a very difficult decision for himself and his family, and he should have the space and opportunity to decide what he wants to to."

Biden is expected to make that decision by the end of September. A Democratic donor who speaks with Biden regularly and would support a Biden campaign told CBS News family considerations are indeed central to his decision.

Biden's close advisers believe they can raise roughly $25 to $30 million over the next six months, tapping into the scores of major donors that are still on the sidelines, CBS News' Julianna Goldman reports. According to a CBS News analysis, out of the nearly 770 people who were top Obama fundraisers in 2012, a fraction -- at least 51 -- have committed to bundling large sums of money for Clinton.