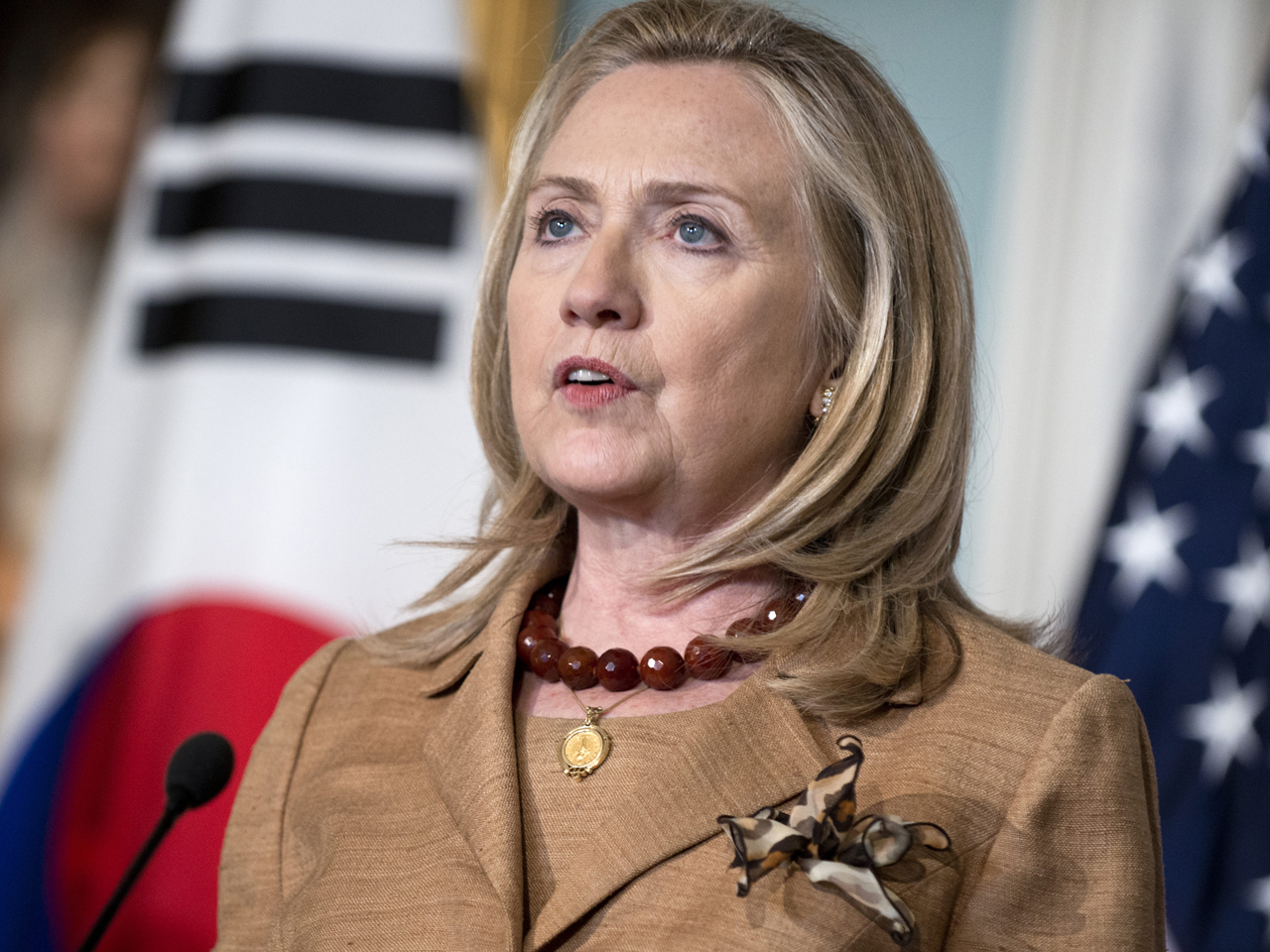 She breaks the record of 96 trips, previously held by her husband's secretary of state from 1997 to 2001, Madeleine Albright, one of only two women to hold the position before Clinton. Condoleezza Rice visited 85 countries in four years as the head of George W. Bush's State Department.

Though appointed by her 2008 Democratic primary opponent to a position she had once said to staff she wouldn't consider, "not in a million years," Clinton has embraced the role of secretary of state.

Clinton's first international trip as secretary was less than a month after President Obama took office, when she went to Asia in February 2009. She went on to visit 42 other countries that year.

"Secretary Clinton often speaks to audiences around the world about the experience of campaigning vigorously against President Obama, but when her opponent won and asked her to become secretary, she got on board the Obama team," said Wolfson, who covered the State Department for 16 years, including the first two and a half years of Clinton's tenure.

He said on overseas trips, Clinton will always meet with political leadership, even if the purpose of the trip was simply to receive an award or give a speech. In most places, she also meets with political opposition, plus U.S. embassy and consulate personnel and local journalists.

Like her predecessors Albright and Rice, Clinton places a great emphasis on meeting with local women's groups and university students.

"Depending on what part of the world she is in, she'll meet with groups that are slightly more colorful than traditional politicians," Wolfson said.

Clinton's also been embraced in the role of "rockstar diplomat," as the subject of a website "Texts from Hillary," which is essentially a caption contest of photos of Clinton and world figures.

She has at least six globetrotting months left, though has said on numerous occasions, she is not interested in serving another four years as secretary of state if Mr. Obama is re-elected.

This most recent trip is also historic for Latvia: it is the first time a U.S. secretary of state has visited the small Eastern European country in over 20 years. The purpose of Clinton's visit, per the State Department, is to discuss several issues, including the joint commitment to NATO missions.