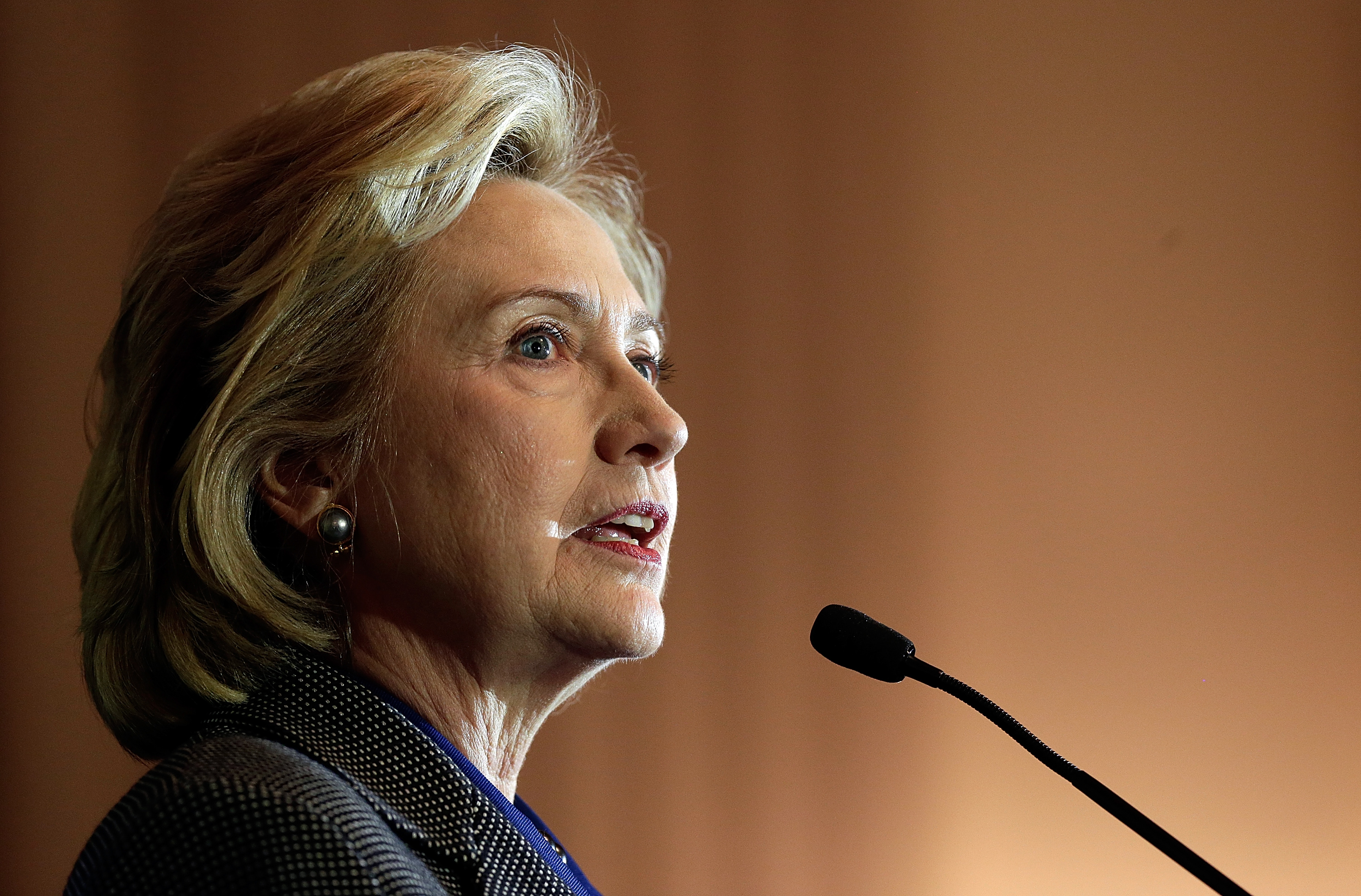 President Obama may be the one delivering Tuesday night's State of the Union address, but it's Hillary Clinton who occupies the prime real estate inside many Republican operatives' heads these days.

With just about a year remaining until the 2016 presidential campaign kicks off in earnest, names like Biden, O’Malley and Schweitzer barely register in the GOP’s early strategizing for how to wrestle back the White House after eight years of Democratic control.

Clinton may not have even decided whether to launch a second bid to become the nation’s first female commander-in-chief, but Republicans are already scrutinizing the behind-the-scenes machinations of two Clinton-aligned super PACs -- Priorities USA Action and Ready for Hillary -- as intensely as if the campaign were in full swing.

And during the RNC’s annual winter meeting in Washington last week, the specter of the woman whom one committeeman referred to as “she who must not be named” loomed over every rule change designed to give the party its best hope of defeating the Democratic frontrunner-in-waiting.

But despite occasionally granting her a Lord Voldemort level of deference, “fear” is not the right word to describe how GOP power brokers regard a prospective election battle against Clinton.

In candid conversations with state GOP chairpersons and committee members, the consensus is that Clinton would be a better-than-average -- yet unquestionably beatable -- Democratic foe.

As Wisconsin committeewoman Mary Buestrin put it, “Everybody’s got their warts.”

A cursory glance at current poll numbers might give one pause when considering that assessment. In the latest RealClearPolitics polling average, Clinton leads her nearest competition in a hypothetical Democratic primary by a downright ludicrous 55.5 percentage points and is beating handily all of the Republicans who have been pegged as possible opponents.

But the main reason Republicans aren’t panicking over the Clinton Express is a simple yet persistently true maxim of American politics: It’s unpredictable.

For one thing, Republicans know, the 66-year-old Clinton might not even run for president.

At the RNC meeting, speculation and third- or fourth-hand hearsay about the former secretary of state’s health and level of enthusiasm for returning to the snake pit of presidential politics was a highly traded currency in conversations among those who would like to know more about her plans.

But even if she does run, the RNC committee members reminded themselves, the political landscape in 2016 inevitably will look much different than it does today.

“If you look back to 2007, there was a similar feeling across the country, and a young guy from Illinois came from out of nowhere and beat her,” said Iowa Republican Party Chairman A.J. Spiker. “My perspective on Hillary is that she can be beat, both by a Democrat in the caucuses and primaries and by a Republican in the general election. Every candidate has weaknesses.”

Figuring out how to identify and leverage Clinton’s starkest limitations is already a key component of medium-term planning within the ranks of GOP strategists.

There is little reason, they believe, to fear a candidate who would bring as many unique flaws to a general election as unparalleled assets.

“Anybody who ignores the possibility of her being a very viable and strong candidate is making a mistake,” said Republican consultant and former Michigan GOP chairman Saul Anuzis. “Clearly, she could be a major player -- an effective candidate who can put together a machine like few others have. They’ve got a huge Clinton network around the country, and they have a tremendous amount of financial support, so it is a formidable operation. Having said that, she also has a record.”

Indeed, Clinton’s often turbulent, decades-long tenure in public life has Republicans eagerly dusting off their files of her public statements and controversial actions dating back to her time as first lady of Arkansas and her tenures in the Senate and at Foggy Bottom.

But GOP message-mongers are far from settled on which jabs will cut the deepest.

Several RNC members were quick to mention the former secretary of state’s handling of the Sept. 11, 2012, attack on the U.S. diplomatic mission in Benghazi, Libya, which led to the deaths of four Americans and has for more than a year served as an anti-Clinton rallying point on the right.

Adding some fuel to this flame, on Monday Clinton herself called Benghazi the biggest regret she had during her time leading the State Department.

Other GOP strategists, wondering whether a 2012 attack half a world away has the legs to reach into a general election four years later, have begun to tinker with other lines of attack, both old and new.

On Sunday’s edition of “Meet the Press,” for instance, likely Republican presidential contender Rand Paul garnered attention for citing Bill Clinton’s “predatory behavior” in the White House and adding that it’s “sometimes hard to separate one from the other” when judging the Clintons.

The next day, Republican operatives were busy drawing attention on social media to a revelation Clinton made in a New Orleans speech that she hasn’t driven a car since 1996 -- a disclosure that may not be terribly surprising but nonetheless plays right into portrayals of her as “out of touch.”

America Rising PAC -- the Republican opposition research firm that has been leading the pre-campaign charge against Clinton -- has conducted what it characterizes as a “deep dive” into her past polling.

According to the group’s executive director, Tim Miller, it was this endeavor that confirmed her biggest personal vulnerabilities: perceptions that she is polarizing, overly partisan and of questionable trustworthiness.

“From a more issue-focused perspective, she's going to have to fight ties to an unpopular Obama domestic agenda and face a foreign policy record that yielded no tangible accomplishments and one high-profile failure in Benghazi,” Miller added.

Several of the GOP operatives interviewed for this story emphasized that laying odds on the party’s chances against Clinton will depend on whom Republican voters nominate to take up the task.

And then there is the unquestionable appeal of electing a female president. The arrival of another momentous first in American political and social life, Republicans worry, could turn out to be every bit as powerful as it was in the election of the first African-American in 2008.

With no GOP women making any moves thus far toward even exploring a potential bid, the opposition party’s ability to limit this Clinton advantage may be minimal.

Indiana-based Republican strategist Pete Seat noted that even though “Clinton fatigue” figures to be one of the more potent factors Republicans could leverage, the opportunity for voters to once again “create history” figures to be at least as real.

But other GOP officials interviewed at the RNC event were more sanguine about the extent to which Clinton’s gender would not be the determining factor in 2016.

Though he agreed that Clinton would be “a formidable candidate” with the capacity to “raise more money than anyone else,” Republican committeeman Ron Kaufman -- a senior official in both of Romney’s presidential runs -- alluded to evidence of sexism that held Clinton back in the 2008 race and could once again be a complicating factor.

“Barack Obama’s not president of the United States because he happens to be a black American,” Kaufman said. “She’s not going to win because she’s a woman. Those things help you and hurt you.”

Scott Conroy is a national political reporter for RealClearPolitics. He can be reached at sconroy@realclearpolitics.com. Follow him on Twitter @RealClearScott.