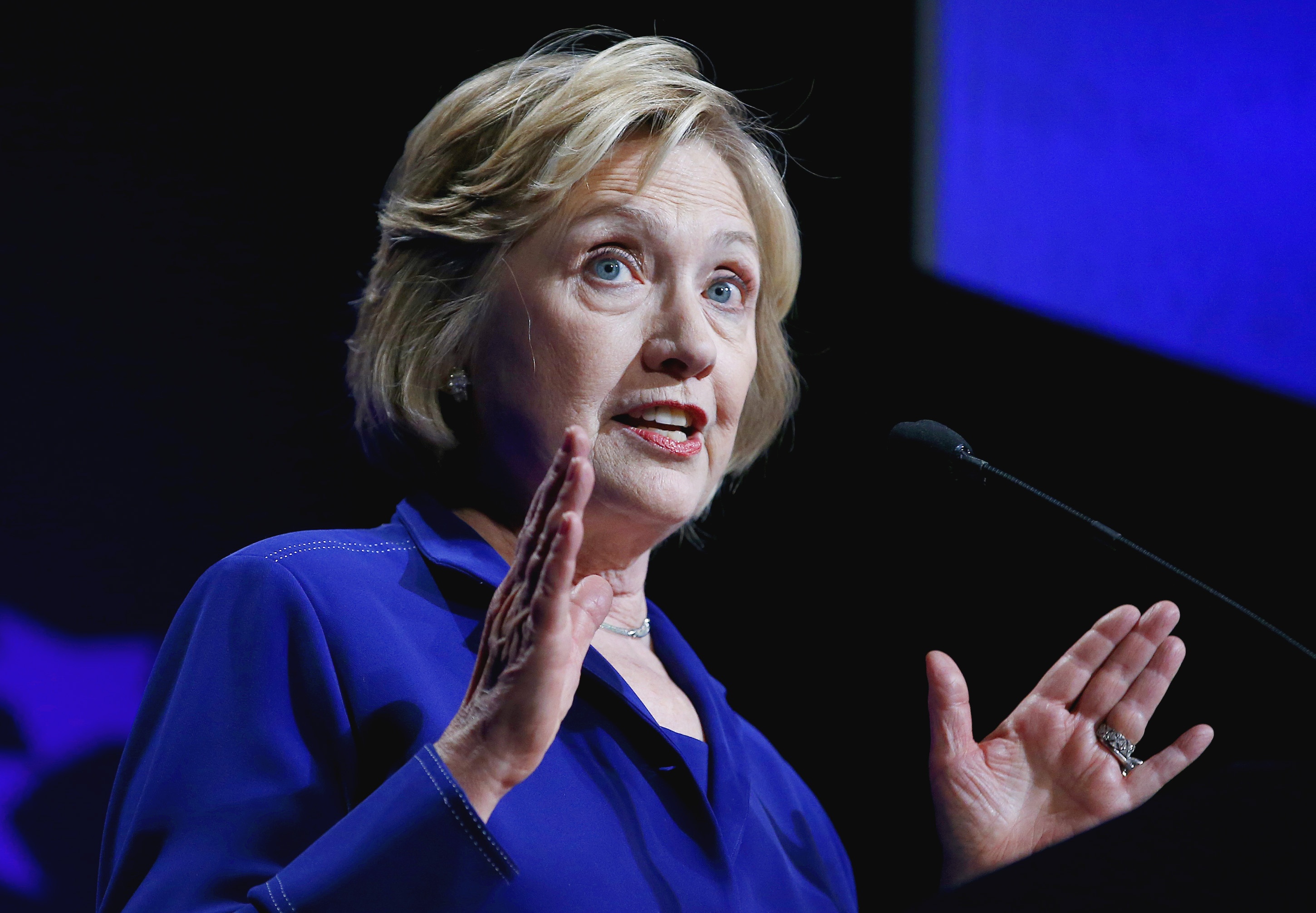 Former Secretary of State Hillary Clinton has dodged some version of the question countless times before, but that didn't stop a young woman from asking - and laying on a guilt trip, to boot.

"Mrs. Clinton, if you don't represent women in politics in America as future president, who will?" she asked during a Saturday meeting of the Clinton Global Initiative University in Tempe, Ariz., according to the Wall Street Journal.

Talk-show host Jimmy Kimmel, who was presiding over the discussion, jumped in: "To add to that, when you do run for president will you use the old Clinton campaign lawn signs?"

Mrs. Clinton, who was joined onstage by her daughter Chelsea and her husband, former President Bill Clinton, didn't bite.

"Look, I am very much concerned about the direction of our country. And it's not just who runs for office, but what they do when they get there," she said. "I'm obviously thinking about all kinds of decisions."

Mrs. Clinton, also a former senator and first lady, has said she's considering another bid for the presidency, and that she'll make a decision one way or another later this year.

Kimmel also asked Mrs. Clinton, who is 66, whether she and Mr. Clinton will have another child.

"Well, no, but I wouldn't mind one of those grandchildren I hear so much about," she said.

Chelsea Clinton joked about her mom's "unapologetic pressure, in public and private."