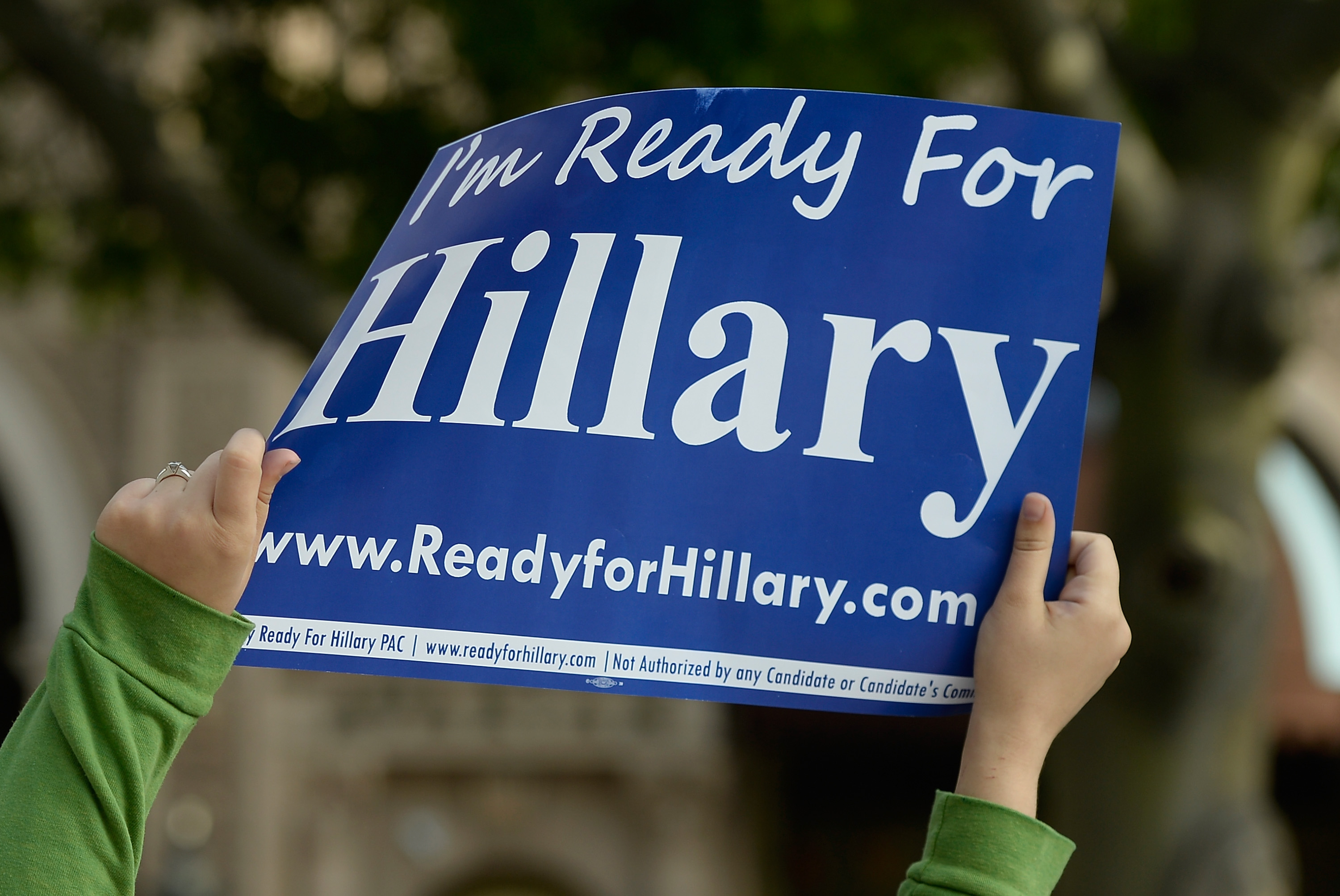 Will she or won't she?

That's the question that will follow former Secretary of State Hillary Clinton until she announces whether or not she's running for president in 2016, a decision that likely won't be made until sometime this year. In the meantime, though, her supporters are practicing their ground game even as top advisers are still ambivalent on whether she should take another shot at a White House bid.

Ready for Hillary, the political action committee that is serving as a sort of campaign-in-waiting for Clinton, is planning to throw their time, energy and volunteers into the 2014 midterm elections to help state and local candidates that their idol endorses, according to McClatchy.

"Folks that don't typically come out in 2014 are coming out because Ready for Hillary is taking the energy around her and her potential candidacy and giving them something to do today," said Adam Parkhomenko, a former Clinton campaign staffer who is now the executive director of Ready for Hillary.

The group has a network of 2 million already, with volunteers ready to aid other candidates. Next week, they will hold events with Reps. Carolyn Maloney, D-N.Y., and Tim Ryan, D-Ohio.

While some other Democratic groups welcome the help, some worry that donations that might have gone to other entities solely devoted to helping candidates in the upcoming election will instead be squirreled away for 2016.

"Elections this year should be the focus," said Lou D'Allesandro, a veteran state senator and Democratic operative from New Hampshire, told McClatchy. "Let's not put the cart before the horse."

And the grassroots support comes at a time when some of Clinton's closest aides are reportedly not sold on the idea of her running again. One of her top advisers, Cheryl Mills, is said to believe she should stay out of the race, according to the Wall Street Journal. And Linda Bloodworth-Thomason, a longtime friend who made videos of past campaigns, said that many people who identify with Clinton as friends rather than political advisers "definitely [have] concerns about her running."

Other former aides former president Bill Clinton share the view of how grueling another campaign could be. Former White House press secretary under Bill Clinton, Mike McCurry, spoke of "ambivalence" among close supporters at the idea of Hillary Clinton giving up her work on women's and children's issues.

And former Senate Democratic Leader Tom Daschle, who served with Clinton in the Senate, mentioned to the Wall Street Journal the "fatigue and a physical demand" that Clinton would have to consider, given that she would be 69 on Election Day in 2016.

There are supporters, though. Doug Band, a former White House aide who has been heavily involved in Bill Clinton's post-White House career, said, "I hope for the sake of the country and the future of our democracy that she makes the decision to run."

Of course, another campaign could invite another round of the infighting that plagued Clinton's 2008 bid. Mother Jones reporter David Corn reports that many people close to the family say they won't add their efforts if Mark Penn, the strategist behind Clinton's failed 2008 bid, returns for another round.

"There are a ton of people who say they won't get involved if Mark is around," a Democratic operative told Corn. "And there are other people who don't want to get involved anyway because the 2008 campaign was so unpleasant. There were so many centers of gravity. People were constantly playing inside politics to have influence."

Penn is currently an executive vice president for strategy at Microsoft.