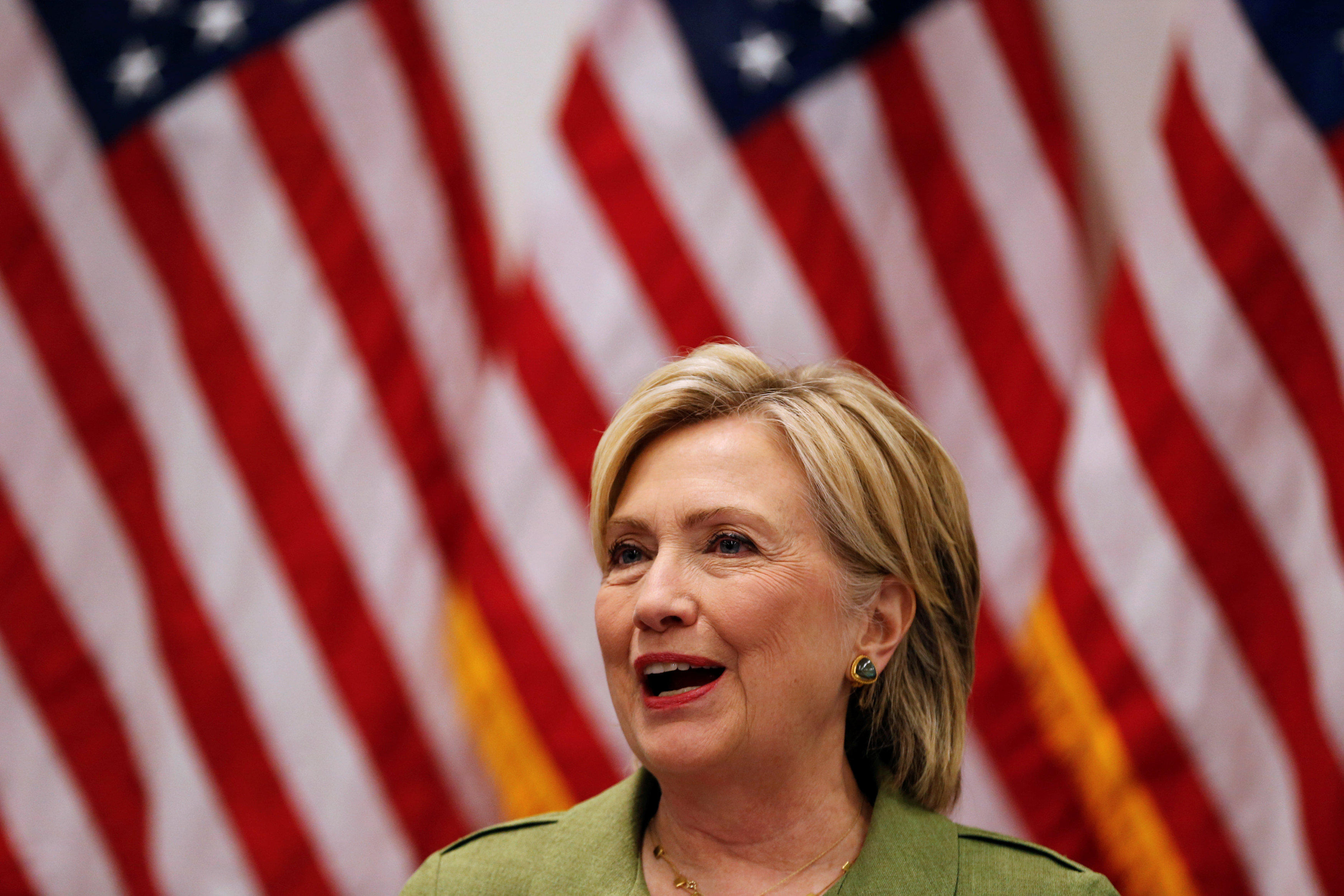 RENO -- Hillary Clinton insisted on Wednesday night that her “work as Secretary of State was not influenced by any outside forces,” including her family’s charitable foundation.

“I made policy decisions based on what I thought was right to keep Americans safe and to protect U.S. interests abroad,” she told Anderson Cooper in a phone interview broadcast live on CNN. The interview marked her first in-depth response to recent reports that suggest that Clinton awarded special treatment to major donors to the Clinton Foundation while she was at the State Department.

On Tuesday, the Associated Press published an analysis of previously unreleased schedules​, which showed that many of the people outside of government that Clinton met during her tenure at the State Department had donated to the foundation. Clinton’s rival, Republican nominee Donald Trump, has seized on the report as evidence that she “sold favors and access.”

She said the AP’s reporting was out of context, as it excluded “nearly 2,000 meetings” that Clinton had with world leaders “plus countless other meetings” with U.S. government officials while she was serving as Secretary.

“It drew the conclusion and made the suggestion that my meetings with people like the late, great Elie Wiesel or Melinda Gates or the Nobel Prize winner Muhammad Yunus was somehow due to the connections with the Foundation instead of their status as highly respected global leaders,” she said. “That is absurd.”

Former President Bill Clinton, who founded their family’s organization, announced last week that it would no longer accept corporate or foreign donations, and that he would step down from the board. Some of the foundation’s projects will also be absorbed by other organizations.

“I think that the announcement that the foundation has made really reflects its desire to continue as much of its important work as possible, but to do it in a way that provides great disclosure,” Clinton explained. She said that the public knows more about the Clinton Foundation than Trump’s wealth and his business interests.

In the interview, Cooper also asked Clinton about former Secretary of State Colin Powell’s recent comments about Clinton’s private email server. After news outlets reported that Clinton told the FBI in an interview that it was Powell who suggested she use a private server, Powell accused Clinton’s team of trying to “pin” the blame on him​.

Clinton said she would not “litigate in public” her “private conversations” with Powell. She offered one of her simplest explanations yet for using a private email server while she was at the State Department.

“When I try to explain what happened, it can sound like I’m trying to excuse what I did,” she said. “There are no excuses.”