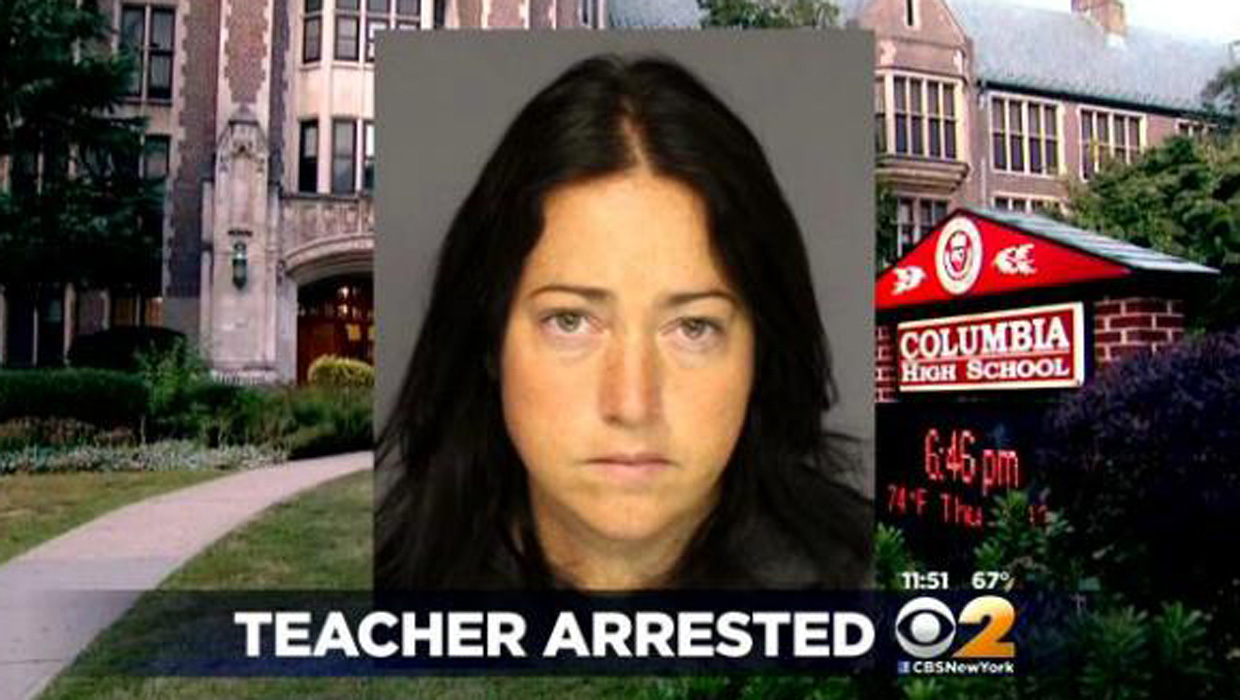 Nicole Dufault, 34, was arrested at her Caldwell, N.J., home Wednesday evening, according to the station. She was charged Thursday by the Essex County Prosecutor's Office with multiple counts of aggravated sexual assault and endangering the welfare of a child.

The teacher is accused of having oral sex and intercourse with the students both on school property at Columbia High School in Maplewood, N.J., as well as in her car on multiple occasions, authorities said. The victims are all 15-year-old boys who attend the school.

Prosecutors said the incidents occurred during the regular school year and summer school in 2013 and 2014. The suspect has worked at Columbia High for nine years.

The station reports Dufault was being held at the Essex County Correctional Facility in Newark on $500,000 bail and has been ordered to have no contact with any of the victims.

Dufault is the mother of two young children who have been removed from her custody, according to the station.

The suspect's neighbor, Maureen Messina, said she has known Dufault for six years. "Seemed like... just an average mom going to work," Messina told CBS New York. "[If the allegations are true], not only did she destroy her life and her children, but the boys who are involved as well."

Anyone with information about the case is asked to call the Essex County Prosecutor's Office Special Victims Unit at (973) 753-1130.