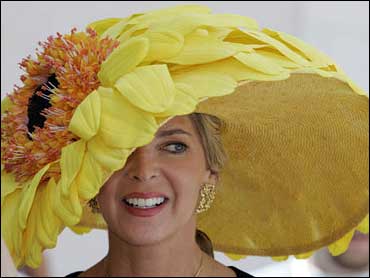 Some comedy fans are finding the Nutty Professor to be the Nutty Comedian.

Jerry Lewis stunned an audience gathered to honor his work by saying he doesn't like female comics and views a woman as "a producing machine" for children.

Lewis, 73, made the remarks Saturday during a question-and-answer session at the U.S. Comedy Arts Festival. Fellow comedian Martin Short moderated the retrospective on Lewis' life, attended by about 1,000 people, including actor Steve Martin.

Lewis had spoken affectionately of actor Dean Martin and other legendary comics before a member of the audience asked him which female comics he admires.

Short reminded Lewis about Lucille Ball. "You must have loved her," he said.

"A woman doing comedy doesn't offend me, but sets me back a bit," Lewis said. "I, as a viewer, have trouble with it. I think of her as a producing machine that brings babies in the world."

The session ended soon afterward, and many audience members left the room at the St. Regis Hotel, shaking their heads in disbelief.

"I don't see how he doesn't think that a physical comedienne such as Imogene Coca from his era and Lucille Ball...isn't even minutely amusing to him," comedienne Judy Tenuta told CBS Radio News' Alan Tullio.

"Maybe he felt threatened by them, because they were doing physical and he's a very physical comic," she said. "He's wrong! He can be wrong."

A message left Sunday night for a Lewis spokesperson in Las Vegas was not immediately returned.

Lewis became a show business fixture appearing in nightclubs and films with partner Martin. The entertainers parted ways in 1956, and Lewis went on to direct and star in movies including The Nutty Professor, The Bellboy, Geisha Boy and, perhaps ironically, The Big Mouth. He has appeared in more than 50 films.

Later generations have come to know Lewis more for his annual hosting of the Muscular Dystrophy Association telethon.