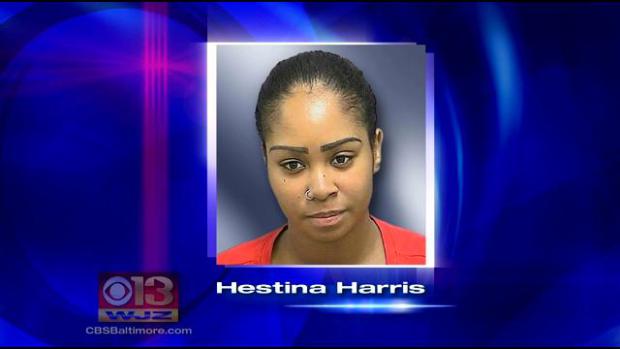 JEFFERSON, Md. - The granddaughter of a woman found dying in her front yard has been charged with stabbing her to death, Maryland State Police said Wednesday night.

Hestina Harris, 19, of Jefferson was arrested Wednesday afternoon at a relative's home and charged with first-degree murder in the death of her grandmother, Lillie Morris.

Troopers found Lillie Morris, 67, Monday after getting a 911 call about someone lying in a front yard in Frederick County. Morris died while being rushed to the hospital.

Carroll Jones, Brunswick's former mayor and a current councilman, says Morris loved to help others, and that she made everyone smile.

"I couldn't conjure one negative thought about her, and there's not many of us who can measure up to that standard," Jones said. "You always had a smile on your face after talking with her, and that was a gift."

Morris grew up in Brunswick and was among the first graduates of Frederick County's first integrated school district. Morris and other black students began attending Brunswick High School in 1959.

Morris later became an instructional assistant at the school, working primarily for the science department, as well as with a vocational program. Morris also was the chair adviser for the school's Minority Essence Club and was a cheerleading coach, said school principal Nancy Doll.

"To know her was to love her," Doll said.

Deena Jenerette, one of Morris' co-workers, said Morris "always found the good in everyone.

"She was a mentor, a mom to all," Jenerette said. "She never stopped pushing students to reach their goals."

Rick Weldon, former state delegate and current vice president of operations for the Frederick County Chamber of Commerce, said getting to know Morris was a rite of passage for anyone seeking to become active in the community.

"When I was running for office, one of the things that became very obvious to me was there were a lot of people in the community who do tremendous work, but very quietly, kind of invisibly - with dignity and grace - just because it was the right thing to do," Weldon said. "Ms. Morris was one of those people."

Weldon described Morris as "a force for good."

Linda Moss, Morris' friend and former colleague, said Morris was a spiritual woman who "would share Christ's love and kindness with others willingly."

"I can't understand, and I'm sure I'm not the only one," Moss said, her voice cracking with emotion. "We're just having trouble making sense of all this."