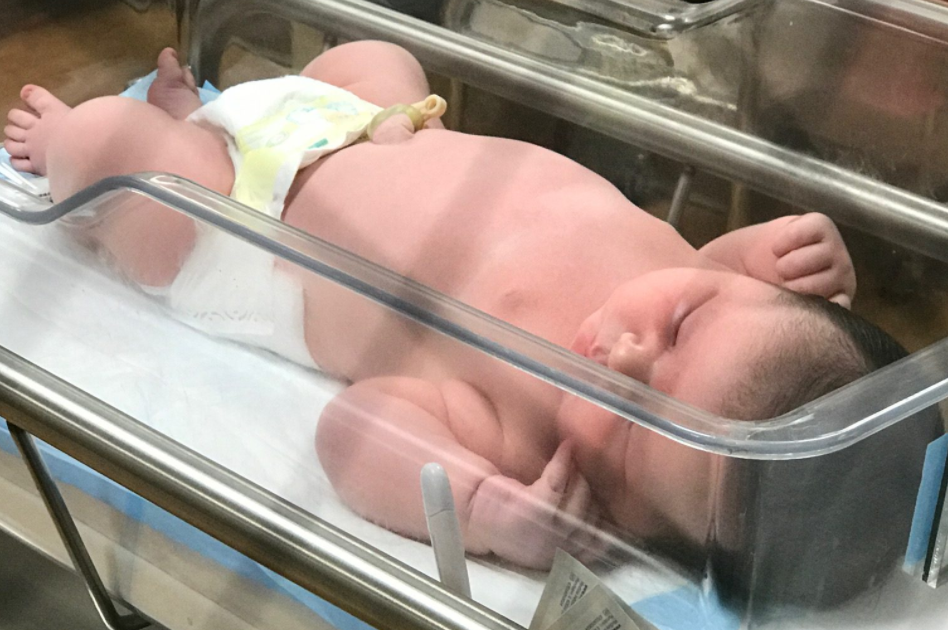 Cindy Richmond and Arthur Keisler had a hunch their third child would be a bit bigger than their previous two.

The couple's first baby weighed 7.6 pounds and the second weighed 9.8 pounds. They thought their third child would maybe top 10 pounds. But they never expected the number on the scale would be record-breaking.

On June 23, the mom from Lexington, South Carolina, gave birth to a whopping 14.4-pound baby -- the biggest baby clinicians recall being born at Lexington Medical Center since it opened in 1971.

"He's a toddler at 3 days old," Keisler told CBS affiliate WLTX while holding his son in his arms.

The moment Dr. Jamie Brown Price of Lexington Women's Care showed the parents their newborn child, who was delivered via caesarean section a week before his due date, they both let out an audible gasp.

"When he was born, it was an 'Oh my God!' moment," Richmond said in an online statement.

Nurses in the delivery room also marveled at the baby, who measured 24 inches long, about the size of a typical 4- to 5-month-old.

Lexington Medical Center delivers approximately 3,500 babies each year, the most of any hospital in the region, and yet they've never seen a baby quite like Colin.

"I've been an obstetrics nurse for 29 years, but I've never seen a 14-pound baby," Donna Hinton, a certified registered nurse at the hospital, said.

The baby is happy and healthy, but there is one problem: his clothes don't fit.

At just four days old, Colin is already wearing clothes for a 6-month-old.

"We [can already see] playing football as a lineman for Clemson and the Green Bay Packers," joked his dad.