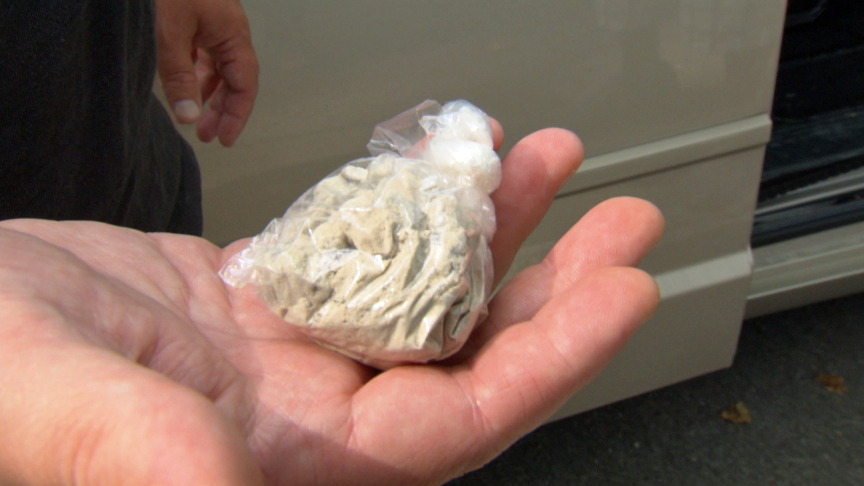 Today, the faces of heroin are young, middle-to-upper class and suburban. She plays high school sports. So does he. Their parents were shocked when they found out. But it's not just young people. It's all ages and it's happening across the U.S. So Bill Whitaker went to the heartland to report this story, to Ohio, where its attorney general says the heroin epidemic is the worst he has ever seen. Whitaker's report will be broadcast on 60 Minutes Sunday, November 1 at 7 p.m. ET/PT.

"This is the worst drug epidemic I've seen in my lifetime," says Ohio A.G. Mike DeWine. "Anybody watching today, this show-- it could be your family. There's no typical person. It just has permeated every segment of society in Ohio," he tells Whitaker. "There is no place in Ohio where you can hide from it."

DeWine points to a difference between today's heroin use and that of decades ago, when, seemingly, only urban dwellers in gritty environments used the drug that is most effective when injected with a needle -- a barrier for many. "There's no psychological barrier anymore that stops a young person or an older person from taking heroin," says DeWine.

Part of the reason for the lack of stigma is that today, there is an abundance of prescription opioids available that set users on a gradual path, that sometimes begins with marijuana. "I got to good weed. Went to-- oh my gosh, I went to pills, and it was still fun. You know, Percocet, Xanax, Vicodin, all that kind of stuff. And then yeah, heroin. I started smoking it at first," says Hannah Morris.

Morris is from Worthington, Ohio, a suburb of Columbus. Her parents are professionals and she is now a college student. She says she hasn't used heroin for a year. But she and several of her friends became addicted to it in high school, she says, after smoking it at parties. The high she achieved with the drug - which she describes as a "26" out of 10 -- was too hard to resist. "And you're like, I want that again... A syringe. I would have it in my purse, all ready to go," she says.

When Whitaker tells her she doesn't look like the type to be a junkie, she says, "Even Miss America could be a junkie. I mean, anybody can be a junkie."