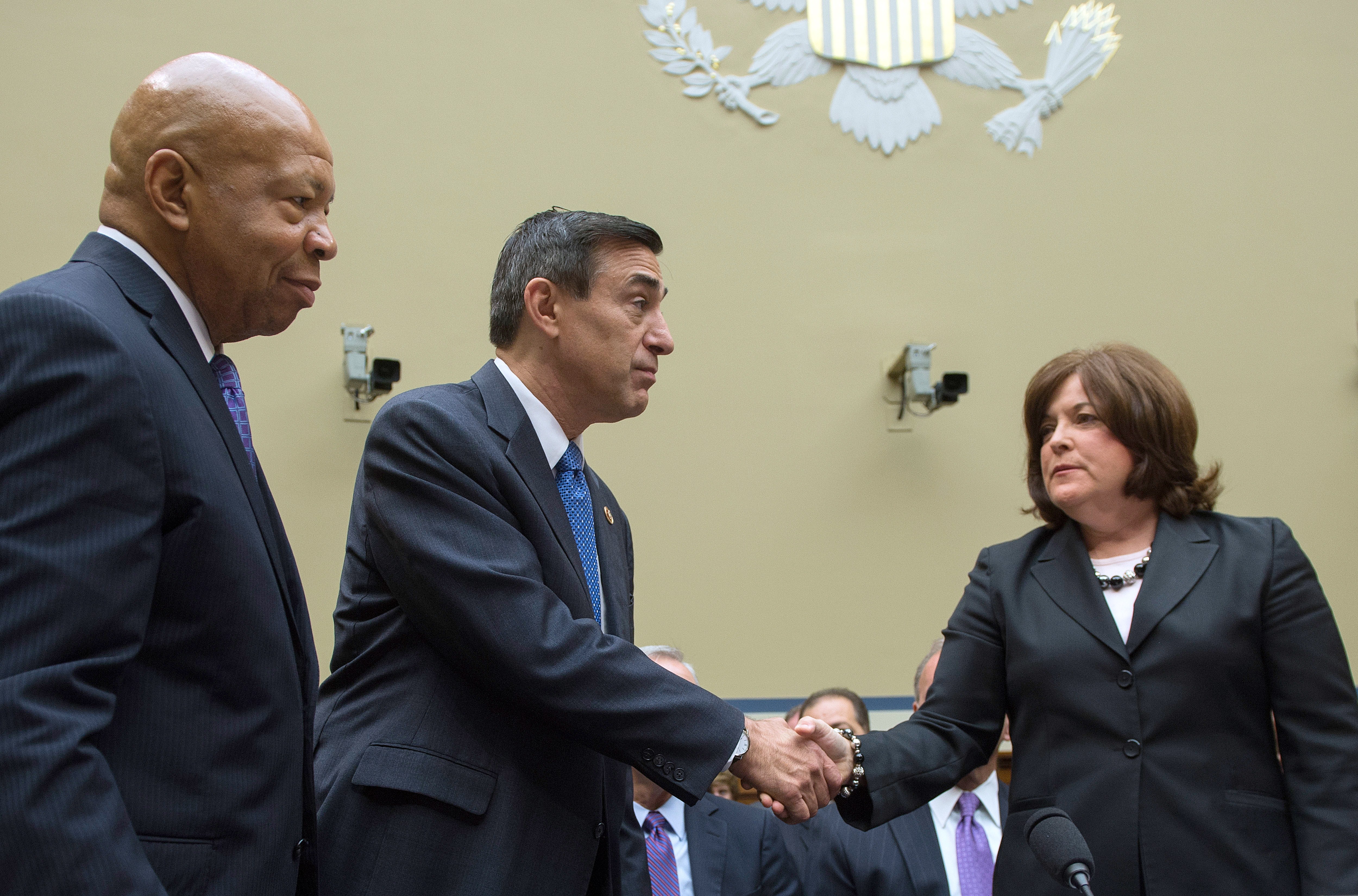 Frustration with Secret Service Director Julia Pierson gained steam Wednesday as two top members of the House Oversight Committee suggested it may be time for her to step down.

"I want her to go if she cannot restore trust in the agency, and if she cannot get the culture back in order," the committee's top Democrat, Rep. Elijah Cummings, said on CNN Wednesday. "I told her that she's got a tall order there."

He was clarifying statements from earlier in the day that suggested he believed it was time for the director to step down.

"The president is not well-served. ... I think this lady has to go - Ms. Pierson," Cummings reportedly said during a radio interview on NewsOneNow Wednesday, the day after Pierson testified before the committee. "There has to be drastic changes."

In another interview on MSNBC, he said that he does not "feel comfortable" with her at the head of the agency.

"I have come to the conclusion that my confidence and my trust in this director, Ms. Pierson, has eroded. And I do not feel comfortable with her in that position," he said.

Rep. Jason Chaffetz, R-Utah, who has been deeply involved in investigating the Secret Service, told Bloomberg News, "The president should fire her or at least she should resign."

Sen. Chuck Schumer, D-New York, is planning to call for Pierson to step down. On Twitter, Sen. Lindsey Graham, R-South Carolina, wrote, "I appreciate the Director's service, but it's time for new leadership at the agency...Now is not the time for our enemies to believe we cannot protect our nation's Commander in Chief."

On Tuesday, Pierson testified before the committee that the agency's security plan "was not executed properly" when a 42-year-old Texas man, Omar J. Gonzalez, jumped the White House fence, ran inside the front doors of the White House and all the way to the East Room before being tackled by an off-duty agent on Sept. 19. Pierson said she takes "full responsibility" for that security breach.

Regardless, of whether Pierson stays on or steps down, Pelosi said she believes there should be an independent investigation of the agency.

"Whether she does [resign] or not I think we need an independent investigation. Her leaving doesn't end the need for us to know a lot more about what is happening," Pelosi said.

House Homeland Security Committee Chairman Michael McCaul, R-Texas, also announced Tuesday he was creating a blue ribbon commission of outside experts to conduct an independent and comprehensive review of the Secret Service.

"These incidents have led to an unfortunate reality where the Secret Service must re-establish their credibility," McCaul said in a statement.

House Speaker John Boehner, R-Ohio, issued a statement later in support of McCaul's proposed review and said, "The president must make a swift determination on whether the agency is being well-served by its current leadership."

Many of the lawmakers on the committee seemed disturbed by the fact that in addition to allowing several major security lapses in recent years, the Secret Service has also been cagey and at times misleading about the extent of the breaches. For example, Secret Service spokesman Ed Donovan initially said that Gonzalez was apprehended just inside the doors of the North Portico, when in fact Gonzalez made it all the way to the East Room before being apprehended - a fact that was reported by the media rather than disclosed by the agency.

A night of reflecting on the hearing seemed to deepen the loss of trust Cummings expressed. Just after the hearing Tuesday, he said, "Right now I'm hopeful that she'll be able to carry out these responsibilities...[Pierson] says that she's up to the task, and I'll take her word for that for now."

On MSNBC Wednesday, Cummings said it was difficult for him to sleep last night.

"I was extremely disappointed. As a matter of fact, I went in [to the hearing] hoping to hear news that our president was being properly protected and maybe we were missing something. But when I left, I was just extremely upset," he said.