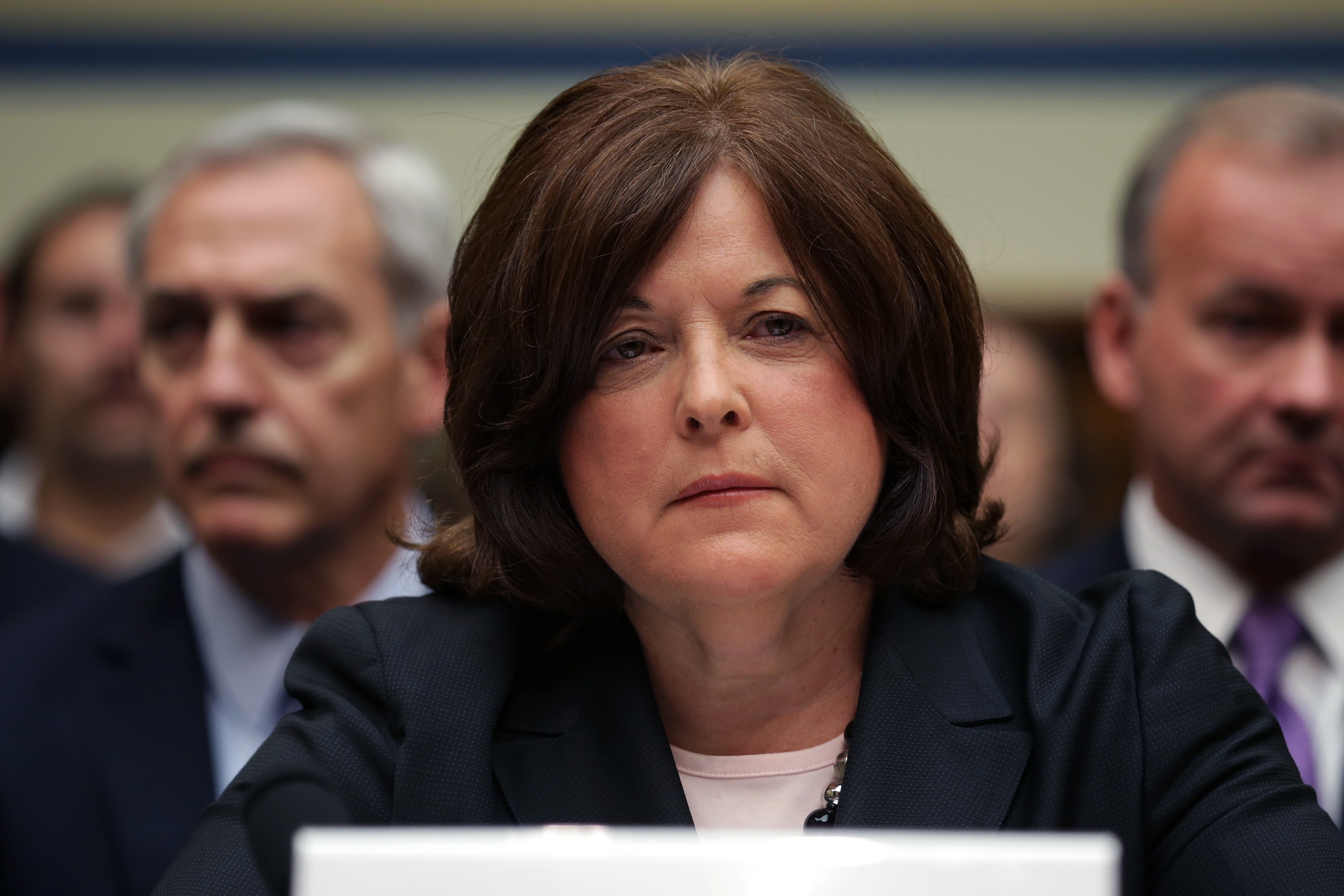 "It is clear that our security plan was not executed properly. I take full responsibility; what happened is unacceptable and it will never happen again," Pierson said in her opening remarks to the committee, which addressed a security breach on Sept. 19.

A 42-year-old Texas man, Omar J. Gonzalez, was able to scale the White House fence and enter the front doors of the building, which were apparently unlocked. On Monday, CBS News reported that Gonzalez ran through the main entrance and all the way into the East Room before he was apprehended, contrary to initial reports from the Secret Service that he was caught just inside the North Portico doors.

Pierson testified that Gonzalez was arrested "on the state floor" of the White House. Immediately afterward, she ordered security enhancements around the White House grounds and began conducting a full review of the incident at the request of Homeland Security Secretary Jeh Johnson.

Issa pressed Pierson over the accuracy of the report that Gonzalez was apprehended inside the front door.

"Mr. Gonzalez entered the door he knocked back the officer that was standing at the doorway. The officer then engaged Mr. Gonzalez, the crossed the east entrance hall together, made the left turn down the Cross Hall, they stepped momentarily into the east room, another officer rendered aid and he was placed on the ground, on the carpet, and handcuffed on the Cross Hall," she said.

She said she believed the original complaint filed against Gonzalez was accurate.

A congressional official told the Associated Press that Senate Judiciary Committee staffers who were briefed a week after the incident by the administration were never told how far Gonzalez made it into the building.

Speaking with reporters later, White House spokesman Josh Earnest suggested that the conflicting information from the Secret Service was the result of "the inherent tension, particularly in these high stakes situations, between the need for locking down facts and ensuring accuracy, and acting as quickly as possible to disseminate information to the public about incidents that have a legitimate public interest."

Information continues to come out in drips and drabs. On Tuesday afternoon, the Washington Post reported that the agent who finally brought down Gonzalez was off-duty and leaving the White House for the rest of the night. Earnest said he was not in a position to confirm details like that one given that there is an ongoing investigation by the Secret Service.

During the hearing, Pierson also acknowledged that the initial set of entry doors to the White House, which are glass, were unlocked at the time Gonzalez entered. She said an automatic locking system has since been installed.

In her opening statement, Pierson said she is committed to a "complete and thorough investigation of the facts" around the security breach, a review of the policies, procedures and protocols that govern the security of the White House complex and a coordinated effort to make any adjustments necessary for the president's security.

She also addressed the larger string of failures the Secret Service has seen in recent years.

"I recognize that these events did not occur in a vacuum. The Secret Service has had its share of challenges in recent years - some during my tenure and some before - of which this is the most recent. I intend over the coming months to redouble my efforts, not only in response to this incident, but in general to bring the Secret Service to a level of performance that lives up to the vital mission we perform, the important individuals we protect, and the American people we serve," she said.

Issa said he wants to probe "whether the culture at the Secret Service and declining morale have impacted operational security."

"Whether deficient procedures, insufficient training, personnel shortages, or low morale contributed to the incident, this can never happen again. We simply cannot allow it," he said.

"This is a serious and troubling breakdown of security. The Secret Service's core missions it to protect not just the president, but the 18 acres that the White House sits on," said CBS News Senior National Security Analyst Juan Zarate, a former official in the Bush administration, on "CBS This Morning." "This is a very serious moment for the Secret Service, a crisis of confidence, if you will."

Additionally, the the Washington Post reported Sunday that it took Secret Service agents four days to realize a man had fired bullets that struck the White House in 2011.

At least one member, Rep. Jason Chaffetz, R-Utah, said that the recent incidents call Pierson's leadership into question. In an opening statement, he said that because she served as the Secret Service's chief of staff from 2008 until 2013, when she became the director, she bears some responsibility for the problems that predate her tenure as director.

"I have serous concerns about the current leadership," Chaffetz said.

The criticism came from both sides of the aisle.

"I wish to God that you protected the White House like you're protecting your reputation right now," Massachusetts Rep. Stephen Lynch, a Democrat, told Pierson.

Chaffetz also chastised the Secret Service for releasing a statement after the fence-jumping incident that praised the officers for exhibiting tremendous restraint.

"Tremendous restraint is not what we're looking for...It sends a very mixed message. The message should be overwhelming force," he said.

Later, he pledged that if any agent has to take lethal force to stop someone from getting near the president, his family, or the White House, "I will have their back."

Though the committee has a history of contentious partisan divides in recent years. Democrats and Republicans were in agreement Tuesday that the agency deserved the scrutiny it was receiving.

"This is not a Democratic issue or a Republican issue, but an American issue," said Rep. Elijah Cummings, D-Maryland, the committee's top Democrat.