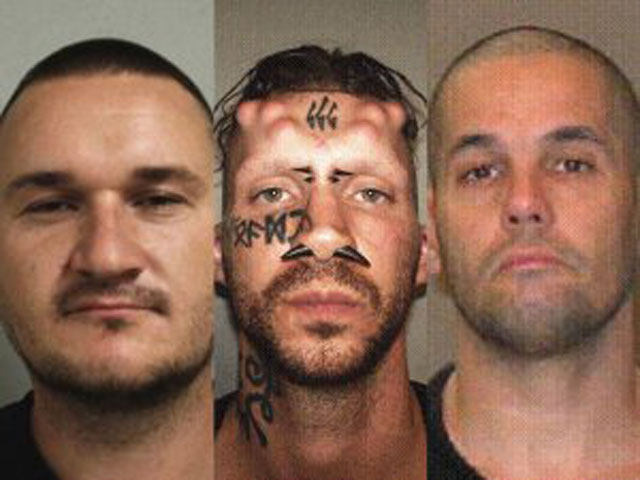 (CBS/AP) PITTSFIELD, Mass. - A member of the Hells Angels and three other men have been indicted in connection to the deaths of three western Massachusetts men.

A fourth man, David Casey, was indicted on accessory to murder, kidnapping and witness intimidation charges for allegedly helping bury the victims' bodies in Becket.

Prosecutors allege three suspects kidnapped and then killed David Glasser, Edward Frampton and Robert Chadwell in order to keep Glasser from testifying against Hall, a member of the Berkshire County chapter of the Hells Angels, in a separate case.

According to The Berkshire Eagle, all three victims were allegedly abducted Aug. 28 from 254 Linden St., in Pittsfield where Glasser and Frampton lived.