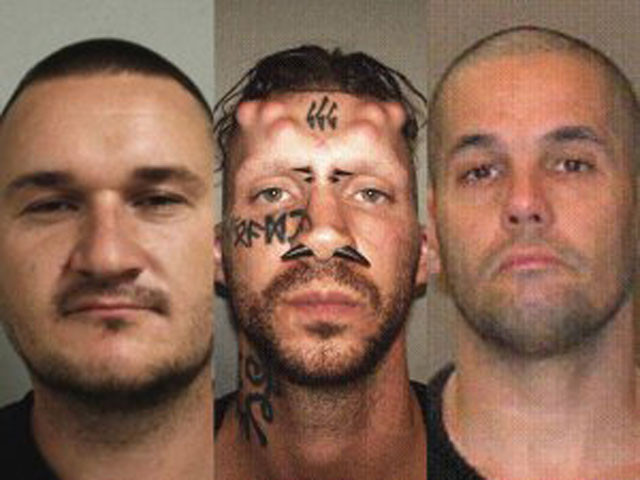 (CBS/AP) PITTSFIELD, Mass. - Adam Lee Hall, David Chalue and Caius Veiovis, all suspects in a triple slaying in Massachusetts that reputedly involves the Hells Angels, are scheduled to face a judge on Monday. The suspects will be arraigned on murder and other charges in Pittsfield.

Authorities say 34-year-old Hall, 44-year-old Chalue and 31-year-old  Veiovis were involved in the disappearances and killings of three men.

The remains of David Glasser, Edward Frampton and Robert Chadwell were discovered Sunday nearly two weeks after they disappeared.

Glasser was expected to testify this month in the robbery, assault and kidnapping trial of Hall,  who is the reputed sergeant at arms of the Berkshire County chapter of the Hells Angels.

Lawyers for the defendants declined to comment before court Monday.