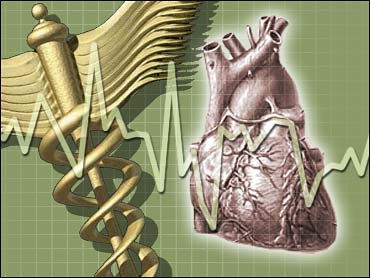 The maker of an internal heart defibrillator admits it waited three years before telling some 24,000 patients and their doctors about an electrical problem that caused a small fraction of the implanted devices to short-circuit.

The admission by Indianapolis-based Guidant Corp., reported Tuesday by The New York Times, came about after a Minnesota college student died on a spring-break bicycling trip in March.

The death of 21-year-old Joshua Oukrop of Grand Rapids, who had a genetic heart disease, is the only one known.

Guidant disclosed the flaw in its Ventak Prizm 2 Model 1861 to Oukrop's doctors and told them about 25 other cases in which the defibrillator had malfunctioned. It did not, however, issue an alert to physicians until it learned the newspaper was preparing a story on the defibrillator.

The company is recommending that the unit not be replaced.

Guidant had not seen a compelling reason to issue an alert to physicians because the malfunction rate was low and replacing the devices might pose greater patient risks, Dr. Joseph M. Smith, a Guidant executive, told the Times.

"We choose to extraordinarily communicate when we have a product that does not live up to our expectations," Smith said, adding issues that could improve patient outcomes would also warrant an alert to doctors.

"In this case, neither condition was met," he said.

Oukrop's father, Lee Oukrop, who has the same genetic heart disease, had the same defibrillator until last week, when he underwent a replacement procedure.

"Whoever made this decision at Guidant, I pray he doesn't have a son who this happens to," Lee Oukrop said.

Electrical malfunctions involving Ventak Prizm 2 Model 1861 occurred in units produced during a two-year period before mid-2002, when the company fixed the flaw. The problem has not happened in any devices made since.

In February, Medtronic Inc., based in Fridley, Minn., told doctors that the battery used in one of its defibrillators was draining too fast. No deaths or injuries have been associated with the Medtronic model.

Implanted defibrillators, such as the one Vice President Dick Cheney has, shock the heart back into a normal rhythm when it starts beating irregularly.

Guidant is one of the largest makers of medical devices, with $3.8 billion in sales last year, almost half coming from implantable defibrillators.