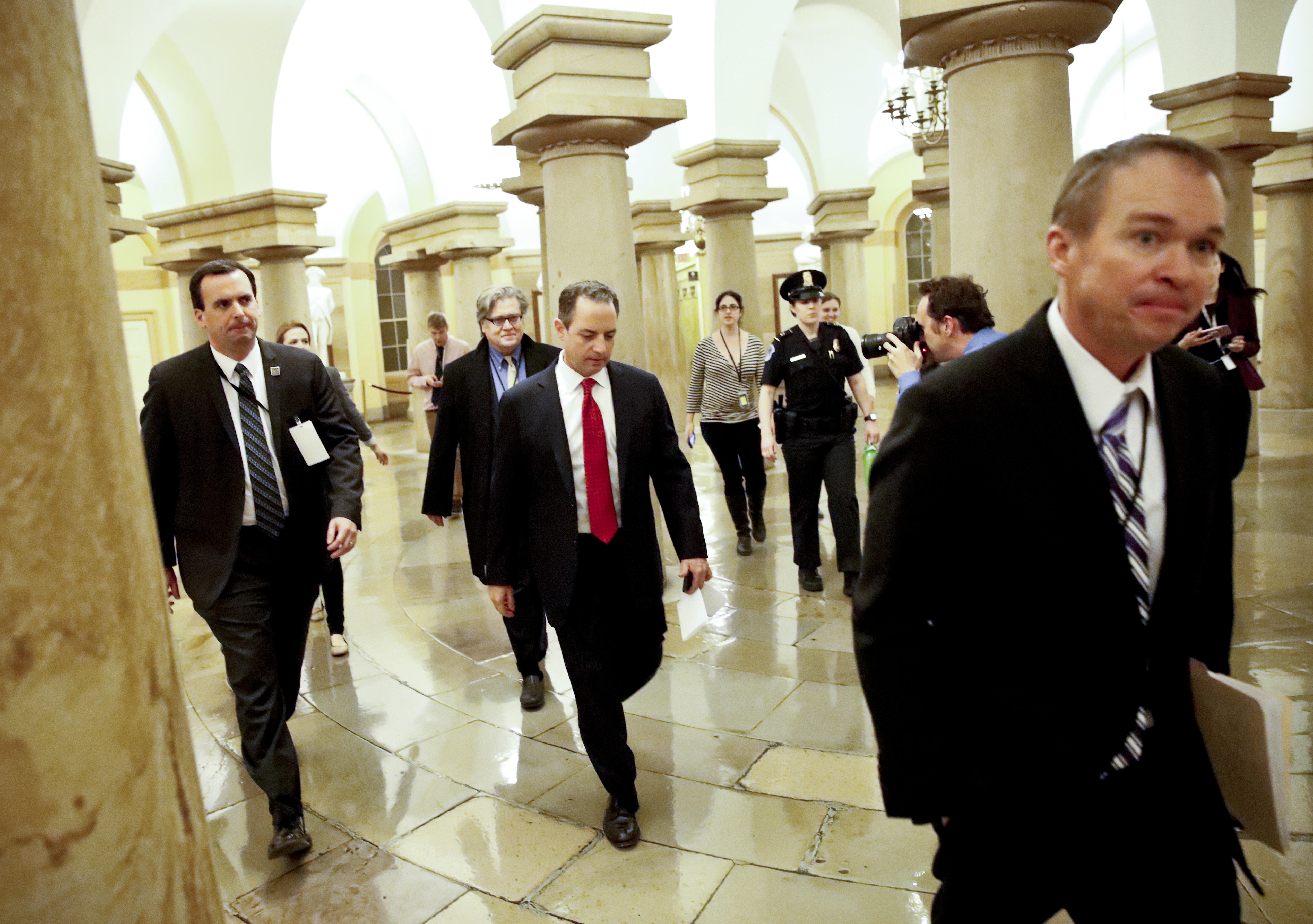 The House Rules committee decided that Friday’s expected health care vote will allow for four hours of debate on the bill. The committee passed the rules with nine votes in favor, and three opposed.

Another GOP “No” Vote

Rep. Andy Biggs (R-AZ)  is the latest to announce he intends to vote against the GOP health care bill, bringing the number of House Republicans in that camp to 35. Only 22 no votes are needed for the measure to be rejected in that chamber.

Last-minute meetings ahead of vote

12:56 a.m.: The House Rules Committee will meet Friday at 7 a.m. to discuss the Republican health care bill. An amendment to the bill has been filed with the panel by House Speaker Paul Ryan. According to CBS News’ Catherine Reynolds, the four-page amendment includes:

The House Freedom Caucus met Thursday night, but didn’t announce how they would vote Friday. Rep Justin Amash (R-MI) said as he left the meeting that he thought the majority of the Freedom Caucus would oppose the bill and it will fail on Friday.

8:50 p.m. After calling off the health care vote today, a source in House leadership now says the plan is to vote Friday, CBS News’ Catherine Reynolds reports. Multiple members confirmed the timing, although it’s still not clear whether or not the measure has the votes to pass the House.

White House OMB Director Mick Mulvaney came to the GOP conference with a message to deliver: Negotiations are over. He told them President Trump wants a vote tomorrow, and then he will move on to his other priorities.

If Republicans fail, we are stuck with Obamacare, Mulvaney warned, and we all get blamed.

The Congressional Budget Office also released a new score for the bill Thursday. It’s unlikely to change any minds, given that the manager’s amendment earlier this week had a minimal impact on the score. The numbers of uninsured remained unchanged (there are still expected to be 24 million more people uninsured under the AHCA, than under the ACA in 2026), but the revised measure would be a little worse for deficit reduction, cutting $151 billion, instead of the $337 billion in the original bill. The higher costs are a result of the repeal of some of the Obamacare taxes, other changes to the tax code and to Medicaid per capita allotments.

House Speaker Paul Ryan made an extremely brief statement to reporters after the conference meeting: “For seven and a half years we have been promising the American people that we will repeal and replace this broken law and tomorrow we’re proceeding,” he said.

He did not answer shouted questions as to whether he has the votes.

5:11 p.m.: House GOP leadership has just announced that there will not be a vote on the health care bill today. The entire House GOP conference will meet tonight at 7 p.m. to discuss next steps. CBSN will cover the meeting live.

House Republican leaders were supposed to hold a vote on the health care bill tonight, but this morning, they weren’t ready yet.

The Rules Committee, which determines how the measure will be debated and voted on in the House, met for 12 hours yesterday, and adjourned after midnight without agreeing on a path forward.

The chairman of the House Freedom Caucus, Rep. Mark Meadows, had his own late night meeting -- with President Trump over the bill. Many of the “no” votes that threaten to scuttle the bill come from members of the Freedom Caucus, which is made up of the most conservative members in the House. Meadows said he was “encouraged” by his meeting with the White House -- their negotiations continued today.

The Freedom Caucus wants to lower premiums by rolling back what are known as the Obamacare “essential benefits” -- like maternity care, emergency room visits, prescription drugs. But several moderates will likely reject this approach.

Republicans can lose up to 22 members, assuming that no Democrats will support the bill. Here’s the most current count of the “no” votes, according to CBS News.

And here’s the latest:

3:36 p.m. House GOP leadership has just announced that there will not be a vote on the health care bill today. The entire House GOP conference will meet tonight at 7 p.m. to discuss next steps.

Meadows said he wants the key provisions in the second phase of the repeal and replace strategy moved into this bill. He said that GOP leaders don’t have the votes to pass the current version.

1:44 p.m. House Freedom Caucus Chairman Mark Meadows, R-North Carolina, and Rep. Justin Amash, R-Michigan, just said that there is no deal between the White House and their conservative bloc of lawmakers, CBS News’ Walt Cronkite reports. With no deal, it’s unclear how Republicans will move forward and whether the vote will still occur Thursday night.

12:45 p.m. President Obama issued a statement earlier in the day marking the 7th anniversary of Obamacare.

Obama said that seniors have bigger discounts on prescription drugs and young people can stay on their parents’ insurance plans until the age of 26.

“And Americans who already had insurance received an upgrade as well – from free preventive care, like mammograms and vaccines, to improvements in the quality of care in hospitals that has averted nearly 100,000 deaths so far,” he said.

12:43 p.m. House Minority Leader Nancy Pelosi, D-California, held her weekly press conference and mocked the president for having the healthcare vote scheduled on the anniversary of Obamacare being signed into law.

The president is meeting with the House Freedom Caucus this morning, also at 11:30 a.m., on changes to the health care bill.