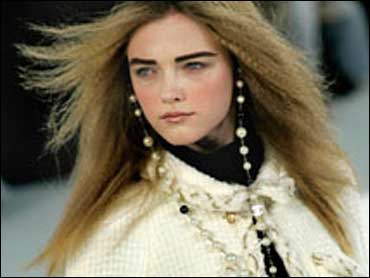 Women are raving about a new hair-straightening process from Brazil that works and, by all accounts, works well, for up to four months.

But Brazilian Keratin Treatment (BKT) uses formaldehyde, a chemical known to cause cancer.

It's grown rapidly in popularity in the United States over the last six months.

It promises shiny, voluminous, straight hair -- even on colored or damaged hair -- for three to four months. The procedure, which costs between $150 and $800 or more, is available at salons across the country.

BKT claims to use keratin, a type of protein, rather than chemicals to naturally smooth out and straighten hair.

But experts say that's doubtful, and it's really the formaldehyde that makes the treatment work.

Formaldehyde is considered a carcinogen by a number of health and safety agencies.

Apparently, noxious fumes are released when it's applied, posing potential risks to the customer, the person applying it, and even others in the vicinity, Marmur says, adding that it's not just the risk from the actual application of the treatment, but from what happens in the months following it, when the chemical breaks down, that worries her.

There haven't been any conclusive studies about BKT, but experts are concerned about the possible inhalation or absorption of the formaldehyde in it.

2The Cosmetic Ingredient Review Expert Panel, a group of doctors and scientists who assess and set recommended safety standards for cosmetic ingredients, determined point-two percent is a safe level of formaldehyde. However, samples tested by an Allure magazine investigation contained at least ten times more than that, and experts say amounts of formaldehyde in BKT vary.

Marmur stresses that, "It's not regulated at all. And why take the chance when there are other, safer options?"

Authorities have linked one death to BKT. It happened in Brazil.

To see the Marmur on The Early Show interview,