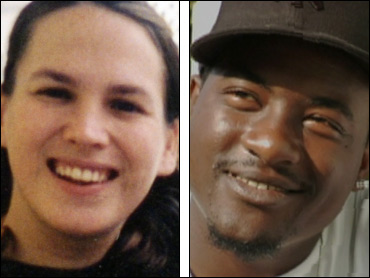 (CBS) - For the second time Nakita Shavers stood by an open casket in front of hundreds of people and poured out her heart. "Dinerral was more than just a big brother...he was all I had. Who's gonna be there for me?" Then she succumbed to sobs and collapsed. The first time was at her brother Dinerral's funeral in 2007. The second time was in front of cameras in a recreation of that funeral for HBO's acclaimed series "Treme," as Nakita played herself.

These were the two most difficult events of Nakita's life, she says, but "I did it for a higher purpose...Of course Dinerral meant so much to me as a brother and as a father figure. But I hadn't completely realized how much an effect he and his death had on so many other people, and all the things his legacy inspired. He's become a part of New Orleans history."

Dinerral Shavers' murder is featured in "Treme," but the first in-depth treatment of the story was in "Storm of Murder," an Emmy-nominated episode of "48 Hours Mystery." The murders of Shavers and of filmmaker Helen Hill were two of a rash of killings in New Orleans in the last week of 2006. Their deaths shocked a city that had become numb to an epidemic of violent crime after Hurricane Katrina.

Free-spirited independent filmmaker Helen Hill was one of many idealistic newcomers committed to rebuilding her adopted city. Dinerral Shavers was a charismatic young snare drummer for the popular Hot 8 Brass Band. He had just started a high school marching band to give teenagers a safe haven from the streets. He lost his life to those streets just a week before the first instruments arrived. As "A Storm of Murder" tells the story of those two lives tragically cut short, it investigates a dysfunctional criminal justice system that manages to make few arrests and almost no convictions for murder.

In the current season of "Treme" fictional characters move through these events alongside the real-life participants. A recent episode began with Nakita's funeral speech. It ended with an historic protest days later, where Nakita helped lead thousands to voice their outrage. In the same episode fictional police Lt. Terry Colson walks into the house where Helen Hill was found shot to death.

After four years neither murder has resulted in a conviction, and New Orleans' epidemic of violent crime continues. Her brother's death, and the example he set in his life, has inspired Nakita to become active in trying to change her city for the better. "I hope part of the legacy is to clean up our corrupt criminal justice system so other families don't have to go through what we did."

As the stories in "A Storm of Murder" are echoed in "Treme," they have also inspired an independent feature documentary. The story of Dinerral led a producer/editor from "Storm of Murder" to direct "The Whole Gritty City," about the role of New Orleans high school marching bands as lifelines for thousands of kids. The film will be released in 2012.