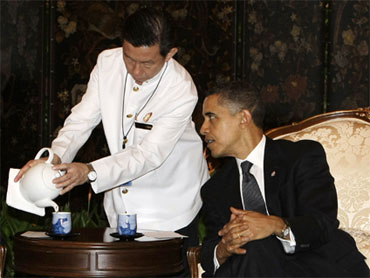 President Barack Obama is steering some tourism trade and international attention to his native Hawaii in a couple of years.

The President said Sunday he will host the 2011 version of the Asia-Pacific Economic Cooperation forum in Hawaii. Obama announced his plans at the current APEC meeting being held in Singapore.

Obama told representatives of APEC's 21 member nations that he looks forward to seeing them in flowered shirts and grass skirts.