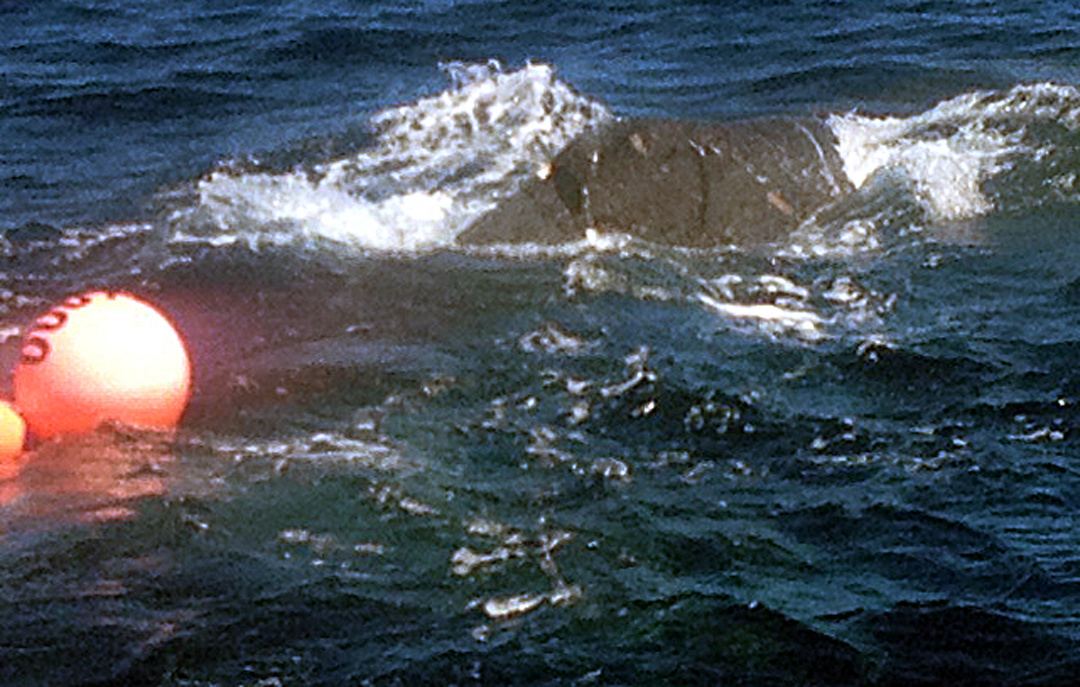 HONOLULU -- Hawaii officials have been looking for a humpback whale that appears to be caught in fishing gear and is dragging red buoys.

The animal was trailing 50 to 60 feet of heavy gauge line and two red plastic buoys were seen caught in the gear.

Marine mammal response teams are hoping to find the animal so they can attempt to cut it free. The animal most recently was spotted off Niihau, Hawaii's smallest inhabited island, by a tour boat captain and a helicopter pilot on Tuesday.

The whale was inside a crater at Lehua, a small islet just north of Niihau when a Holo Holo Charters tour boat saw it, said Mel Wills, the tour company's operations manager.

The boat's captain had been trained by Lyman in the past on how to respond to whale entanglements and called in the information, he said. The boat was taking passengers from Kauai to waters off Lehua, Niihau and Kauai's northern Na Pali Coast.

Wills said the Holo Holo Charters boats normally see one or two entangled whales each winter, when humpback whales migrate to Hawaii from Alaska waters to breed and give birth.

Lyman said the sighting is the 11th confirmed case of an entangled whale in Hawaii this winter.

Based on the size of the line and the buoys, Lyman said early evidence indicates the fishing gear is from Alaska. He said the whale may have become entangled in it there and swam south to Hawaii caught in it.

The gear appears to be the kind used for fishing traps, Lyman said, though he doubts any traps are still attached to the line.

Humpback whales are an endangered species, but their numbers have steadily grown in Hawaii waters since the international community banned commercial whaling nearly 50 years ago.