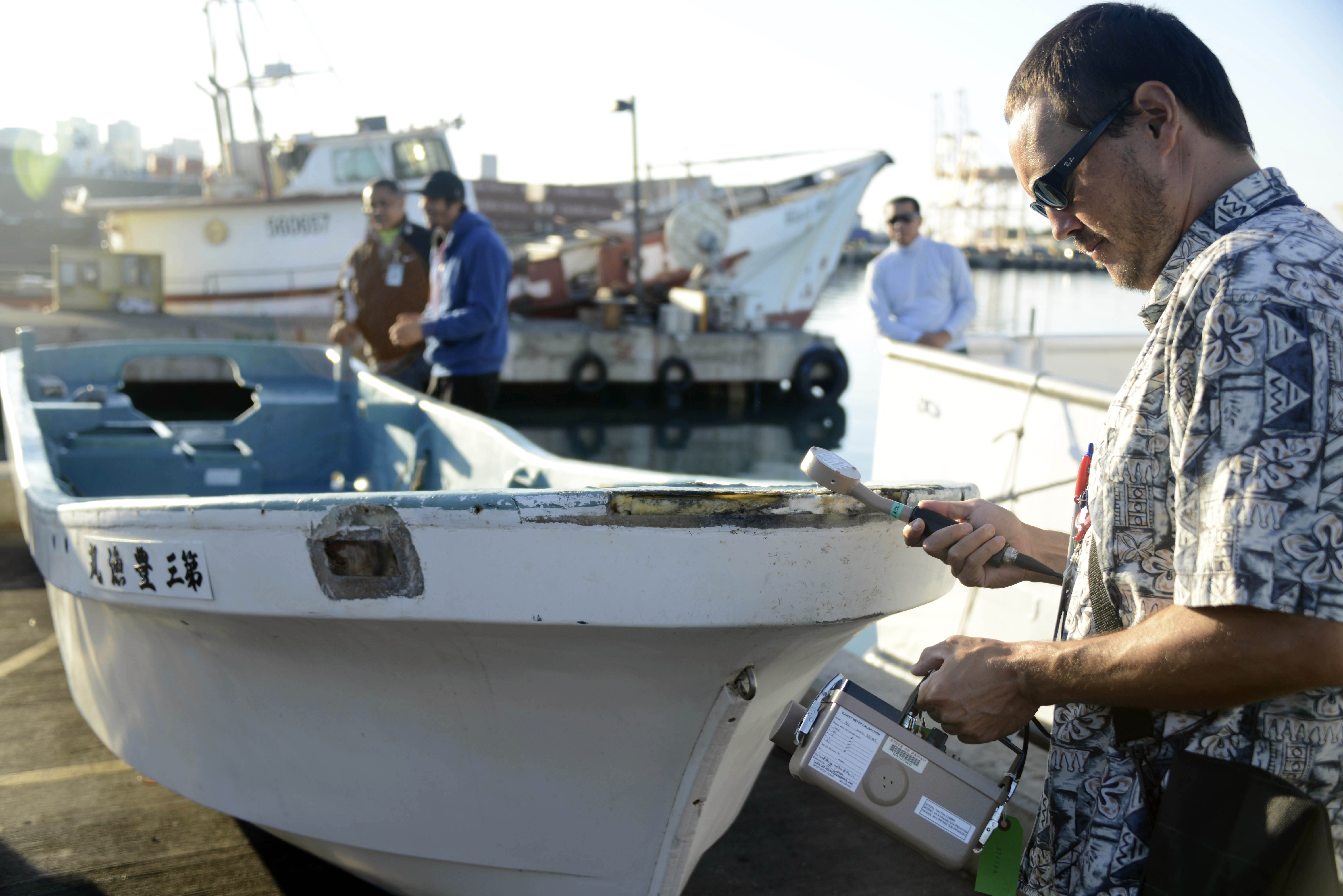 HONOLULU State and federal officials say Hawaii fishermen have found a 16-foot Japanese skiff swept out to sea by last year's tsunami and brought it to Honolulu.

The state Department of Land and Natural Resources said Friday the crew of the fishing boat Zephyr found the small boat intact and floating about 700 miles northeast of Maui.

The Japanese consulate in Honolulu says the boat is registered in Iwate, a northeastern prefecture hit by the tsunami. The owner doesn't want it back.

Hawaii officials checked the boat for invasive species and radiation as a precaution but found nothing of concern.

The boat is the second confirmed piece of tsunami debris to arrive in Hawaii. Last month, a large blue plastic bin from Fukushima was found floating in waters off eastern Oahu.