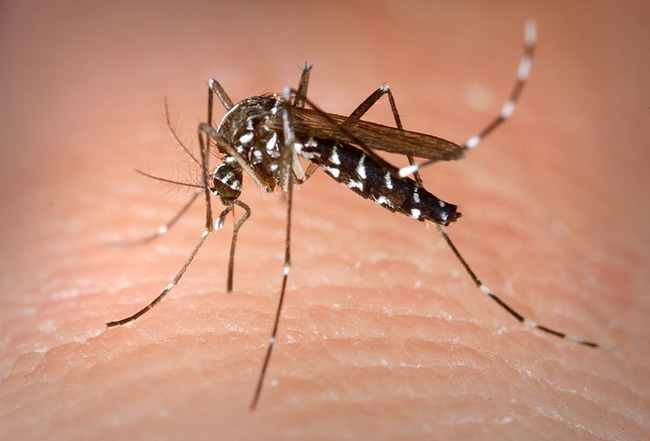 The state Department of Health said Monday that the number of confirmed cases reached 139 people. That includes 122 Hawaii Island residents and 17 visitors.

A Department of Health map shows the area with the highest risk of potential infection is Captain Cook, just south of Kailua-Kona on the Big Island.

There's a moderate risk of infection in Kailua-Kona and on the island's windward coast in Hilo, Mountain View and Pahoa. There's also moderate risk in Naalehu near the southern tip of the Big Island.

Dengue fever, which is transmitted by mosquitoes, is not normally found in Hawaii, health officials said. The disease infects millions of people a year in other parts of the world, including parts of Central and South America, Southeast Asia and the Pacific islands. The CDC says symptoms can include fever, severe headaches, pain behind the eyes, joint and/or muscle pain, rash, and mild bleeding such as a bloody nose, gums or easy bruising.

State officials say travel to Hawaii Island is still safe. The Health Department says people can reduce their risk of infection by using mosquito repellant, especially those with the active ingredients DEET or Picaridin. Health officials also recommend covering up with long-sleeved shirts and long pants.

The CDC says homeowners can reduce mosquitoes by eliminating the places where they lay eggs, including standing water in vases, flower pots, and pet bowls. Also, make sure screen doors and windows are secure and without holes.