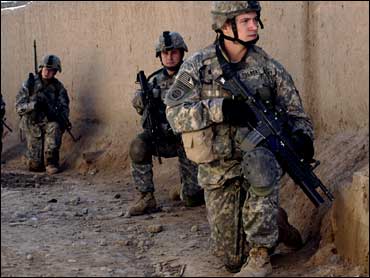 Charlene Graves is taking 14 of her favorite hats to Memphis for the annual convocation of the Church of God in Christ. She says she doesn't know how many hats she owns.

Graves is in good company. The women of the Church of God in Christ are proud practitioners of a great African-American tradition, the wearing of elegant, fanciful, exotic, creative, glorious hats to church. They could be called true believers in the biblical teaching of Corinthians that "every woman that prayeth or prophesieth with her head uncovered...dishonoureth her head."

And Graves plans to attend the gathering - not because of the hats. "My purpose for going is to get into services and be revived...but I still want my hats there when I get there."

From childhood Michael Cunningham had enjoyed seeing the women wearing their hats at church. "They had a lot of respect...pride and dignity...self esteem," he says. "A woman would carry herself like a queen," he adds. "And those were the crowns that they were wearing."

A commercial photographer who usually works for clients like Coca-Cola and Sara Lee, Cunningham started taking pictures as a personal and spiritual outlet. He showed some proofs to journalist friend, Craig Marberry, whose grandfather had been the presiding bishop of the Church of God in Christ.

"They were stunning," Marberry says. "I was blown away by them. I said, 'Michael, there's a lot of history under those hats,'" he adds. "'I need to interview those women.' I could just hear their voices...I just knew," he says. "This is it. This is it!"

For both men, the book had special meaning, because the hat tradition was born in the days when going to church was one of the few reasons that African-American women had to dress up.

"A lot of the jobs that they had didn't require them to dress up in a suit or a fancy dress during the week," Cunningham says. "On Sunday, that was the day that these women would pull out their finest outfits," he says. "And they would top that off with their hat."

And Crowns has definitely touched a chord with black women like a group who gathered in Washington recently to hear Marberry read some of stories told by those under the hats.

And naturally, the hat queens in Washington had some of their own thoughts to share, like what they love about wearing hats.

"It tells you about me. I think hats speak about the person," said one woman, Julia. "It makes a statement."

Cunningham and Marberry picked up a lot of hat etiquette or "hattiquette" lore while working on Crowns.

"I learned later on that you can't touch the hat," says Cunningham. "Admire it from a distance, honey," one woman tolhim.

There's the hat queen hug: When you're hugging a woman who wears a hat, you have to tilt your head way to this way, and she'll tilt hers in the opposite direction, Marberry relates.

And the "crawl off" is when you get filled with the spirit in church. And the hat falls off.

And if you think finding these hats is easy, join Graves at the Church of God in Christ convention, where hat designers come from all over the country to display confections that can cost more than $1,000.

The search for the right Christmas hat can take hours.

It takes a certain attitude to wear a hat. In fact, the hat queens call it "hattitude," And as one of the women featured in Crowns puts it, "You will not find white women wearing the same boldly adorned hats that black women wear. Hats are a part of us."

Orpah Keene agrees. "Well, we have a certain...a touch of fashion that no other race out there has," she says. Our designers seem to be able to create it....We are the women that seem to be able…can wear hats."