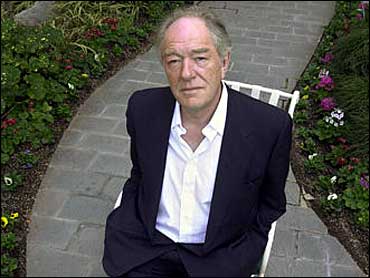 "Harry Potter and the Prisoner of Azkaban" is filming in England, and Gambon's casting had been a closely guarded secret. Others mentioned as possible candidates for the role included Christopher Lee, Ian McKellen and Peter O'Toole, who had a longtime friendship with Harris.

Gambon, 62, is best known for his roles as the wealthy murder victim in 2001's "Gosford Park" and the sinister landowner in 1999's "Sleepy Hollow." He also starred as President Lyndon Johnson in the 2002 TV movie "Path to War."

Harris, who died in October at 72, was best known for playing combative, iconoclastic characters in films such as "This Sporting Life," "Unforgiven" and "A Man Called Horse."

He took the role of the gentle, professorial old wizard in the "Harry Potter" films because a young granddaughter was a fan of the books.

Prince Harry teams up with Oprah for mental health docuseries

Although Harris, who was born in Ireland, had signed to appear in the third film, his health began to fail shortly after he completed work on the second movie in the series, "Harry Potter and the Chamber of Secrets."

Warner Bros. also announced that Gary Oldman would play the "Prisoner" of the title, a mysterious character named Sirius Black who escapes from the magical prison of Azkaban and seems to be stalking Potter and his friends.

Worldwide sales of J.K. Rowling's first four "Harry Potter" books top 190 million copies, and the upcoming fifth installment, "Harry Potter and the Order of the Phoenix," is set to hit bookstores June 21 with a first printing of 6.8 million.

The film version of "Harry Potter and the Sorcerer's Stone" collected $317.5 million at the domestic box office, while last fall's "Chamber of Secrets" has earned about $260.5 million.