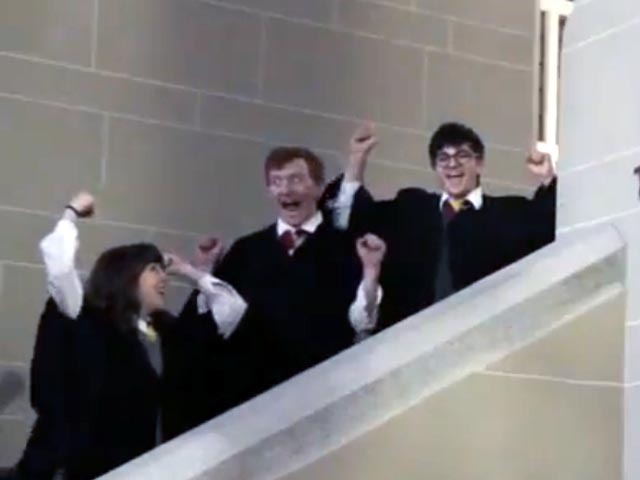 (CBS) - The complete Harry Potter saga is a lot to take in. Seven books! Eight movies! Millions of fans! It's a huge story, but most folks are probably fans already. But what about those poor souls who have never heard the magical tale of young wizards? Where do they start? Thanks to a group of amatuer film makers, newcomers can get the whole story in 60 seconds.

Of course, for anyone who actually doesn't know the story, this probably doesn't make much sense. But real fans will know what's up. This short was made for Vancouver's Virgin Radio Fake Film Festival. Check out the site for other funny films. And check out the creators' Facebook page HERE.