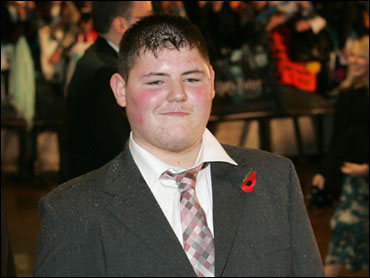 (Jane Mingay/PA Wire)
London (CBS) - London police have charged 19-year-old Jamie Waylett, an actor in the Harry Potter films, with growing ten plants of cannabis, according to the Daily Telegraph.

In the Potter films, Waylett plays Vincent Crabbe, one of the cronies of Harry Potter's archenemy at the Hogwarts School of Witchcraft and Wizardry. He also stars in Harry Potter and the Half-Blood Prince, the sixth film that is being released later this week.

According to the paper, officials first arrested Waylett in April, when they stopped his car in London and found eight bags of the marijuana. Officers allegedly found further drugs in his home.

He was out on bail by police until Tuesday, when he found out he would be charged, the article said.

A Metropolitan police spokeswoman stated that Waylett would appear at City of Westminster magistrates court later this month. Altogether the ten mature plants of Cannabis were worth about £2,000 (over $3,000 US) according to the article.

If found guilty, Waylett could serve up to 14 years in jail for cannabis production and up to 5 years for the drug's posession.

More at the Daily Telegraph