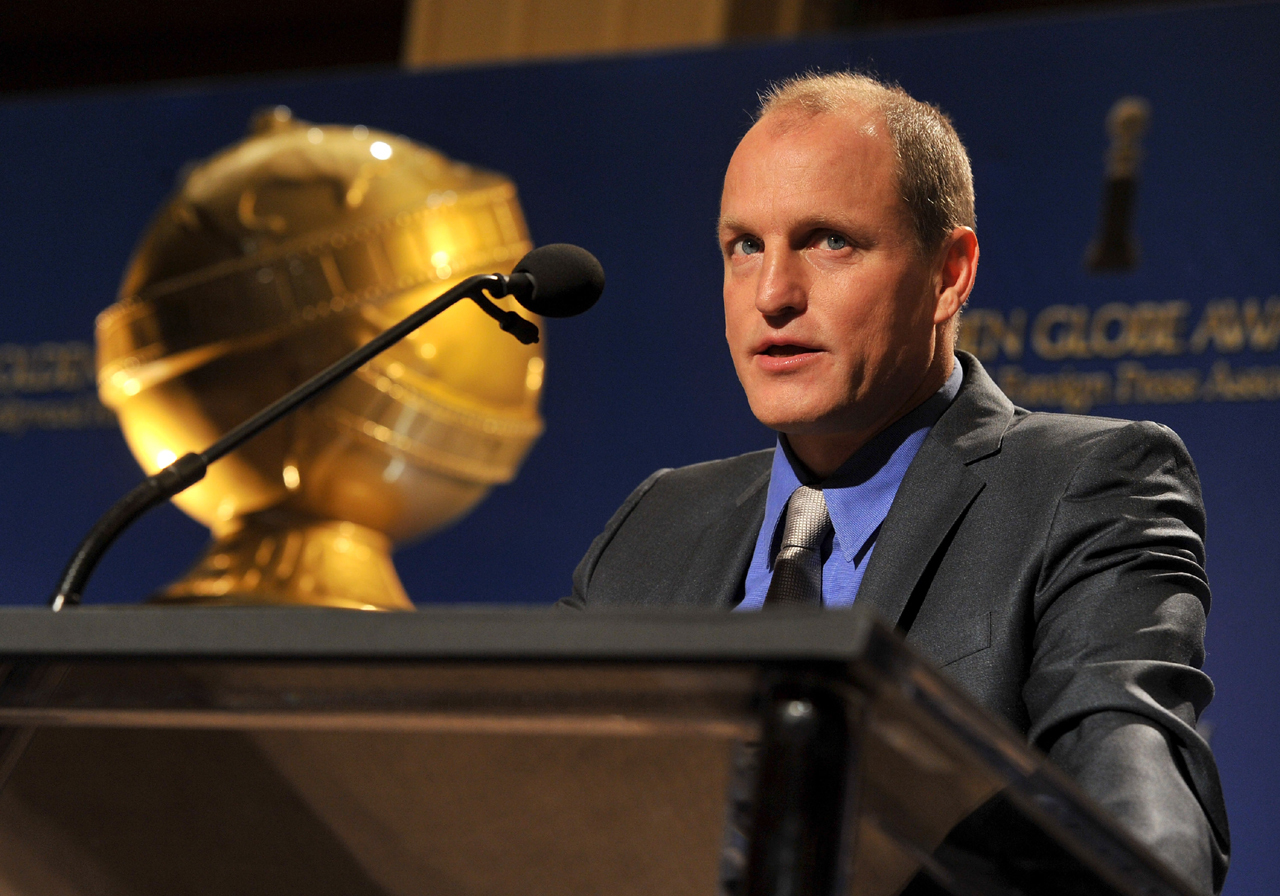 The actor was among the stars helping the Hollywood Foreign Press Association reveal nominees Thursday for the 69th annual Golden Globe Awards, and he appeared to include his yet-to-be-released police drama "Rampart" in the best picture category.

As he read the nominees for best dramatic film, Harrelson said, "Rampart,"' followed by a long pause, "opens January 27, but I don't see it on the list here."

Set in 1999 Los Angeles, "Rampart" follows veteran police officer Dave Brown, portrayed by Harrelson, as he works to take care of his family, and struggles for his own survival.

Harrelson, along with Gerard Butler, Sofia Vergara and Rashida Jones, made the announcement at the Beverly Hilton Hotel, where the Golden Globe Awards will be presented Jan. 15, 2012.