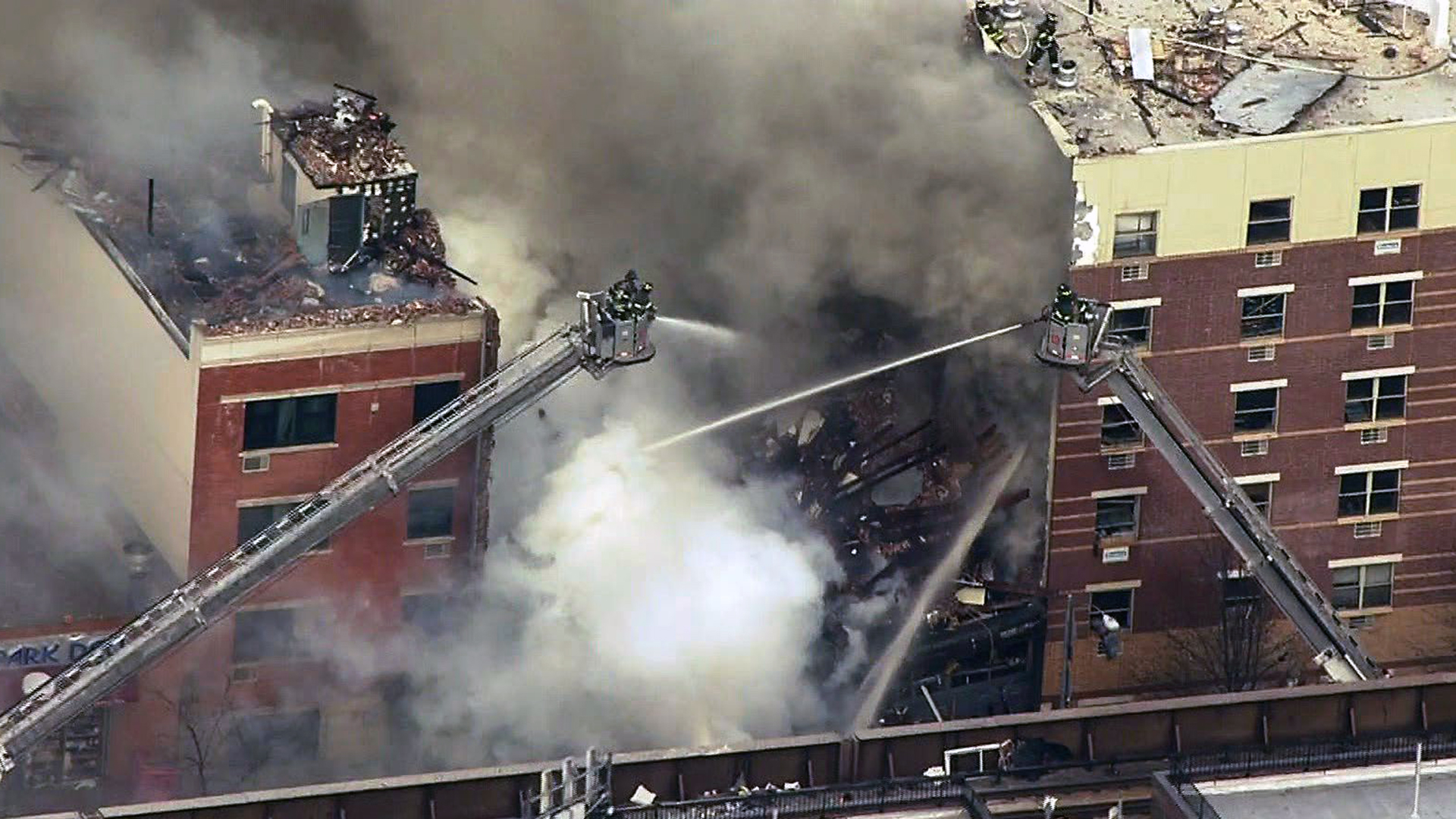 A gas explosion that destroyed two buildings in New York City on Wednesday and killed at least eight people may have been caused by a leak from an ancient gas pipe, investigators say.

New York City has 1,300 miles of gas mains made of cast iron and unprotected steel. On average, these pipes are 53 years old.

This tragedy has now cast a harsh spotlight on the aging, leaky pipes that compose much of the country's natural gas infrastructure.


"So much of our gas mains are unprotected steel and cast iron, materials that are very leak prone, and it leads to gas leaks, and leads to in some cases, disaster," said Jonathan Bowels, executive director of The Center for Urban Future. "New York is far from the only city which has aging gas infrastructure.

Last week, an explosion outside Trenton, New Jersey, leveled a townhouse. One person died and seven were injured.

In February, another blast tore out the side of an apartment building in Chicago. Two women were hurt.

According to a report by Massachusetts Sen. Ed Markey, there are around 91,000 miles of leaky pipes across 46 states. Over a 10-year period, those gas lines were blamed for 116 deaths, 465 injuries and more than $800 million in property damage.

"I've seen a lot of loss of lives, loss of property, serious maiming and injuries, from people who were injured because their gas lines were 100 years old," said Patrick Kennedy, who trains investigators looking into pipeline explosions.

From 2000 to 2011, utilities lost track of some 2.6 trillion cubic feet of natural gas in their pipes. But, there's little incentive for them to fix their leaky pipes, when they can easily pass the cost of lost gas to their customers. According to Markey, those gas leaks cost consumers about $20 billion.

To see Michelle Miller's full report, watch the video in the player above