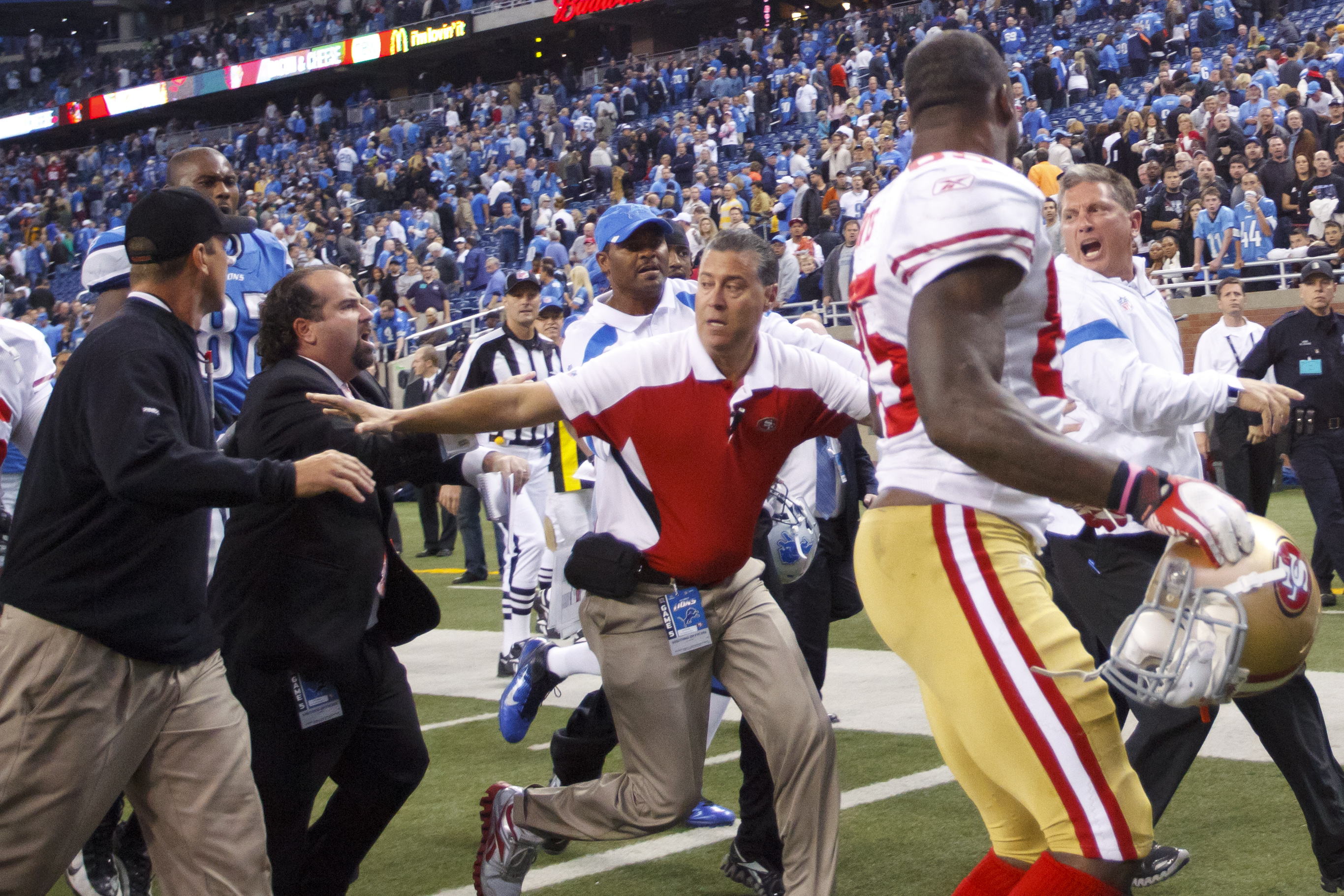 The 49ers handed the Lions their first loss of the season in a tense, emotion-filled game on Sunday.

Then the real drama started.

San Francisco coach Jim Harbaugh came bounding across the field, lifting his shirt up to attempt a "belly bump" with one of his players. He then gave his Detroit counterpart Jim Schwartz an enthusiastic (violent?) handshake and then a slap (shove?) on the back.

Schwartz wasn't amused and chased Harbaugh back toward the tunnel, where the coaches were separated by players and team flacks.

After the game, Schwartz took umbrage to Harbaugh's lack of "protocol" and an alleged obscenity he hurled. As for Harbaugh, he simply said: "That's totally on me. I shook his hand too hard."

While football pundits weighed in on which coach crossed the line, the real question is this: Why do football coaches even shake hands after games?

It's an NFL ritual which at best is disingenuous, and at worst confrontational. (And even unhealthy, if you believe one biologist).

You rarely see coaches in other major pro sports shake hands after a game. The Cardinals ended the Brewers season last night in the NLCS - did anyone see Tony LaRussa race over to the Milwaukee dugout to shake Ron Roenicke's hand?

NHL coaches? Forget about it - they'd rather yell and point fingers at each other. How about basketball? College teams follow the insincere team handshake ritual ("good game, good game...") but NBA coaches (when there was an NBA) are less congenial: Sometimes they shake hands but usually they just half-heartedly wave at their counterpart.

And yet in the National Football League, a game built on violent hits and trash talk, coaches find it necessary to navigate a sea of sweaty large men to seek out their counterpart for insincere bodily contact and verbal compliments. The winning coach usually pretends to be humble and lauds the other team's effort; the losing coach generally heaps fake praise on the other team. All the while TV analysts speculate on the heartfelt words the coaches must be exchanging mid-handshake.

That's not to say that coaches in the NFL (or any other pro sport) don't respect each other. Many are good friends. But that's what pre-game banter and handshakes are for.

The immediate aftermath of a draining, drama-filled football game is a different story. Unless it's a season-ending playoff game or the coaches are drinking buddies, just wave and fake the congratulations from afar.

Otherwise, your hand just may get shaken "too hard."