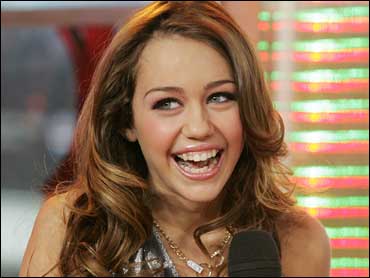 There wasn't enough time or seats for all the fans eager to see 14-year-old pop star Miley Cyrus and alter ego "Hannah Montana" at an upcoming show at Nationwide Arena.

Tickets for the Dec. 11 concert were gone 15 minutes after they went on sale last weekend, said Eric Granger, general manager of the arena, best known as the home of the NHL's Blue Jackets.

On her "Best of Both Worlds Tour," Cyrus -- daughter of "Achy Breaky Heart" singer Billy Ray Cyrus -- performs half as herself and half as her "Hannah Montana" character from the popular Disney Channel TV show of the same name.

"I was really disappointed," Taylor said. "Hannah Montana's my favorite."

"This is ridiculous," complained her mother, Jen Woodford, Monday night. "I mean, we're talking about Miley Cyrus -- not the Stones."

Actually, it has taken the Rolling Stones an entire day to sell out Nationwide Arena.

A Dec. 13 Miley Cyrus/"Hannah Montana" stop at U.S. Bank Arena in Cincinnati also is sold out. Tickets for a Jan. 3 show at Quicken Loans Arena in Cleveland go on sale to the general public Sept. 29.