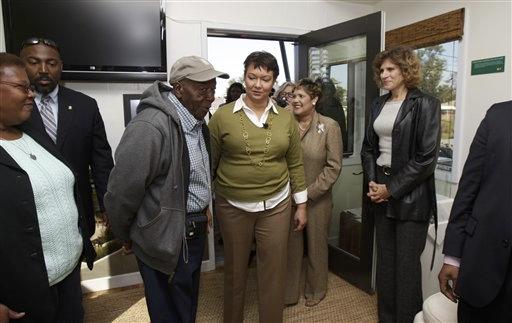 The militant Islamic group Hamas called Saturday on all Palestinians collaborating with Israel to turn themselves in and give up all the information they have in exchange for a promise they will not be punished.

"If you give us information ... we promise not to harm you, not to mention your identities because of the threat on your life ... and not to tell any of your families about your bad past," Hamas said in a statement Saturday.

Hamas said those that do not turn themselves will face divine retribution, and it implied it would take violent action against them as well.

Since the outbreak of fighting in 2000, 83 alleged collaborators have been killed by militants, six died in Palestinian custody and two were sentenced to death and executed, a Palestinian human rights monitor said. Hamas militants have not executed collaborators during the current conflict.

Meanwhile, Palestinian leaders said Saturday there was still hope for creating a Palestinian state by next year as scheduled if the United States is willing to push for serious peace talks.

The comments came after President Bush suggested that the internationally backed "road map" peace plan's call for an independent Palestinian state in 2005 was unrealistic.

CBS News Correspondent Robert Berger reports Yasser Arafat said Saturday it's more than realistic because it is written in the U.S.-backed "road map" peace plan. However, the plan also requires Arafat to dismantle terrorist groups — and it's clear that Mr. Bush does not expect that to happen.

Also Saturday, Israeli Justice Minister Tommy Lapid threatened to pull his moderate Shinui party out of the government if Prime Minister Ariel Sharon does not find a way to implement his planned withdrawal from the Gaza Strip.

The Hamas statement Saturday, titled "Collaborators, we have opened the gates of repentance," appeared to be Hamas' first attempt to deal with the problem since the agreement.

Filled with quotes from the Quran about punishments awaiting traitors, the statement contained both promises of forgiveness for those who repent and threats of punishment from God against those who do not.

The appeal, signed by Hamas' political wing, asked repentant collaborators to talk to their local religious leaders or local fighters and tell them everything they have done.

"Take this opportunity before it ends, before there is not time for regret. If you do not, we swear to God that your shame will be cleaned by blood and your shame will never end," it said.